Dominant ninth flat thirteen chords (9b13) are actually dominant 9 chords with an added lowered 13th. Dominant 9b13 chords are built with/

Therefore, in the following diagrams below, the root is schematised by a red dotted circle (R). This will help you locate the chord and give it an appropriate name. 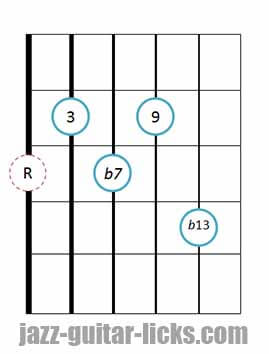 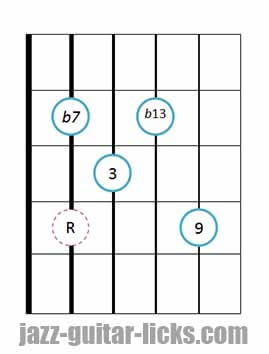 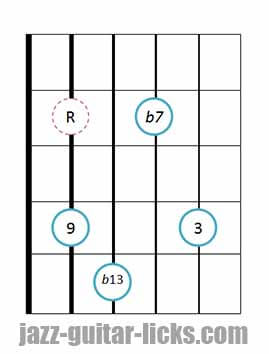 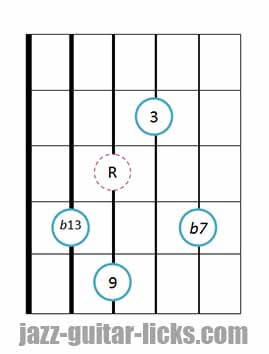 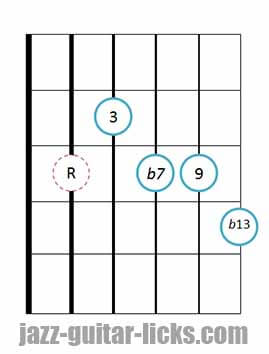 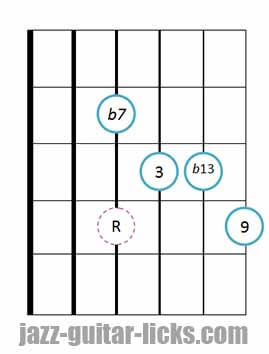 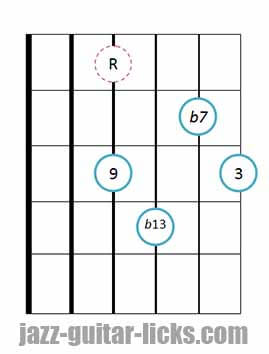 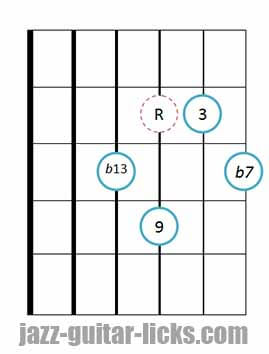 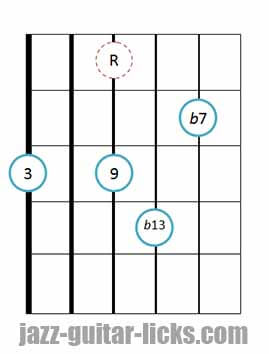 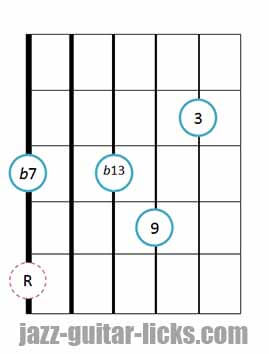 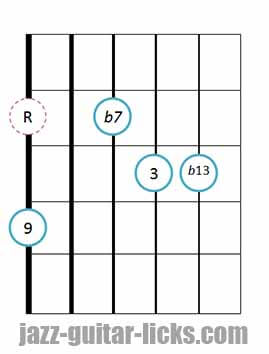 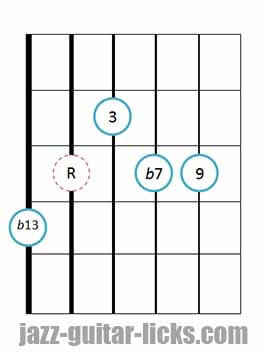 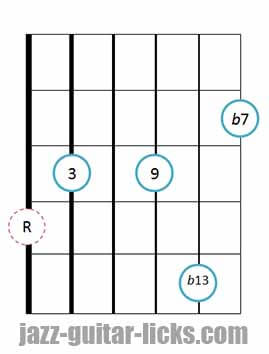 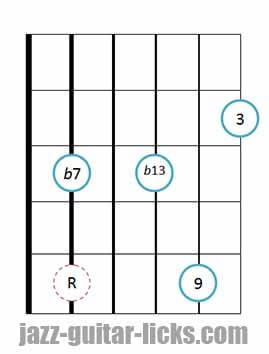 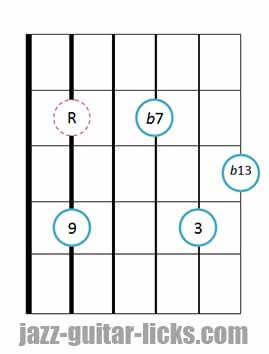 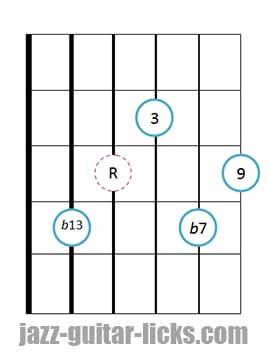