The Enigmatic Scale For Guitar - Charts, Shapes and Diagrams

The Enigmatic scale would have been created by an Italian music teacher named Adolfo Crescentini in 1888. It is made of seven notes (it is called a heptatonic scale) giving the formula : tonic (1), minor second (b2), major third (3), augmented fourth (#4), augmented fifth (#5), augmented sixth (#6) and major seventh (7). There are two forms, one ascending and one descending that includes a natural fourth instead of an augmented fourth.

GET THE FREE PDF CHEAT SHEET 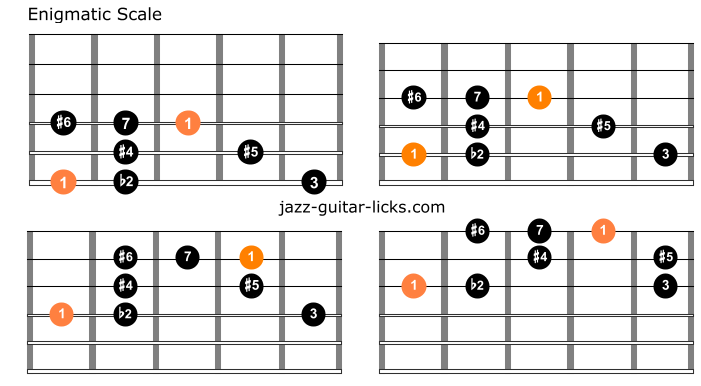 Here are seven positions to play the Enigmatic scale all over the guitar neck using the 3NPS technique. 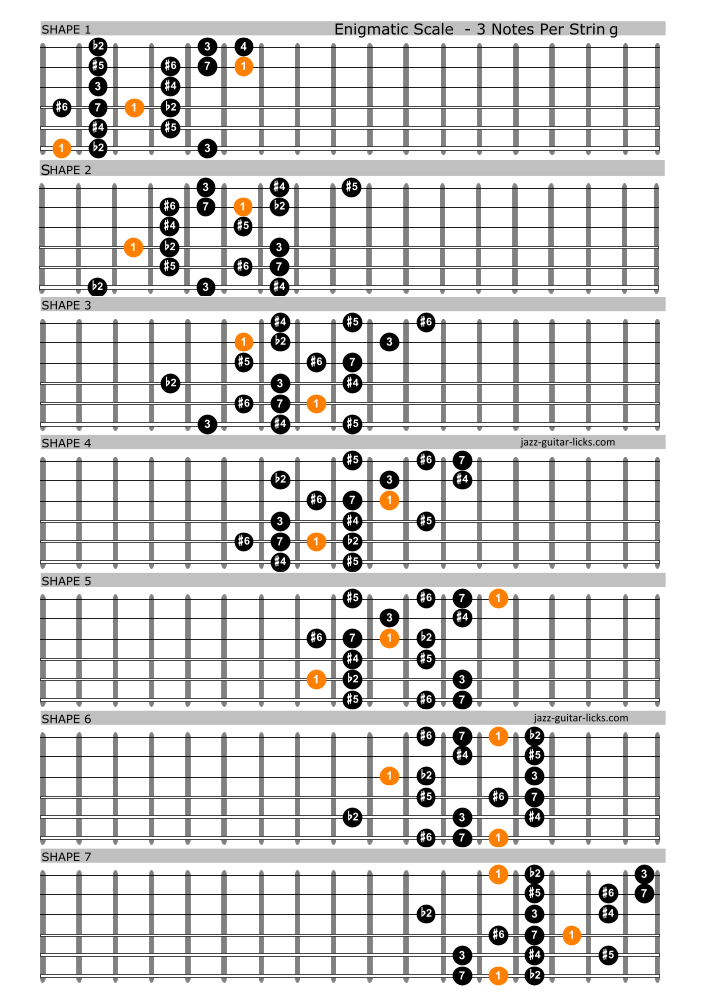