Chord tones are : root (1), major third (3), augmented fifth (#5) and minor seventh (b7). Dominant 7#5 chords produce a dissonant and unstable sound. They can be used to add tension in your playing.

How to Play dominant 7#5 Chords on Guitar

Here are the four drop 2 dominant 7#5 voicings and their related guitar chord shapes.

What Are Drop 2 Chords ?

Drop 2 chords are surely the most used voicings by jazz guitarist (The term "voicings" refers to the order of notes in a chord). They are built by dropping the second highest note of a four-notes close chord to the bass. 7#5 close chord formula is 1-3-#5-7 that gives the following drop 2 chord formula #5-1-3-7.

What is an Inverted Chord ?

It means that the notes of a chord are inverted, there can be a third, a fifth or a seventh in the bass. 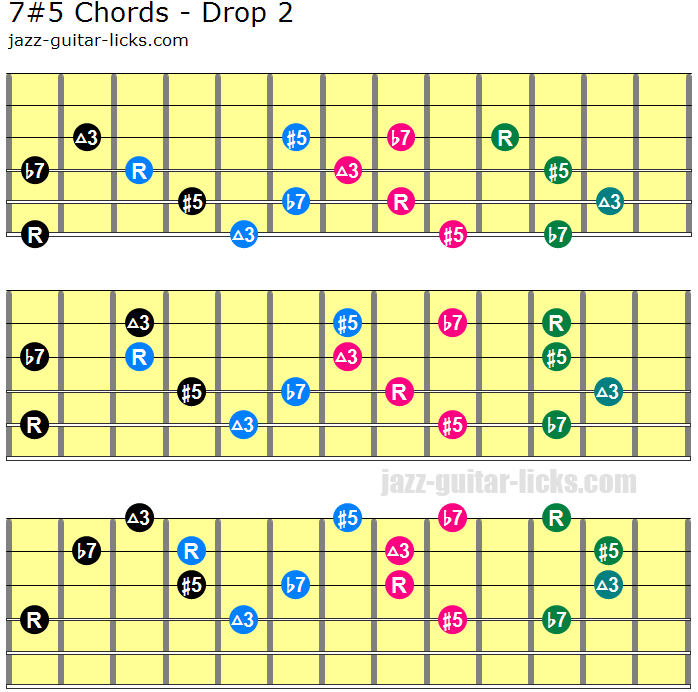 The two diagrams below show how to play drop 3 dominant 7#5 chords on guitar. 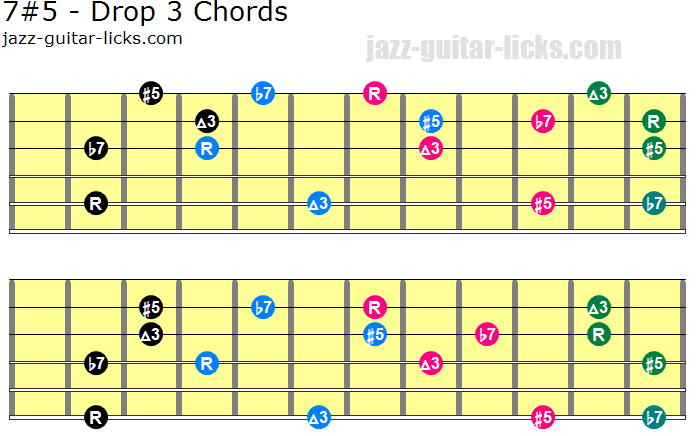