What Are Major 9 Chords?

Major 9th chords can be noted M9 or maj9.

How to Play Major 9 Chords on Guitar?

For those who don't want to experiment the twelve rootless drop 2 chords below, here are three basic major 9 chord shapes to play on the guitar.

Because guitarists don't have enough fingers to play the five notes of these kind of chords, the fifth is omitted.

It's better to omit the fifth or even the root than the seventh, the third or the ninth. Indeed, these are are the most important tones of the chord.

Here are 12 guitar diagrams to play drop 2 major ninth chords. These diagrams are based on the drop 2 major seventh chords. Building a drop 2 maj9 chord from drop maj7 chords is very easy, you just have to move the root 2 semitones (two frets) up to get the ninth.

As you can see, root notes are those circled in red in the following diagrams. Root notes are nor played, but it is important to locate them to find more easily the chord position on the guitar neck and as well as its name. 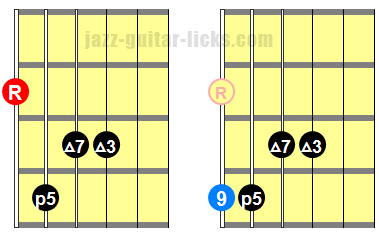 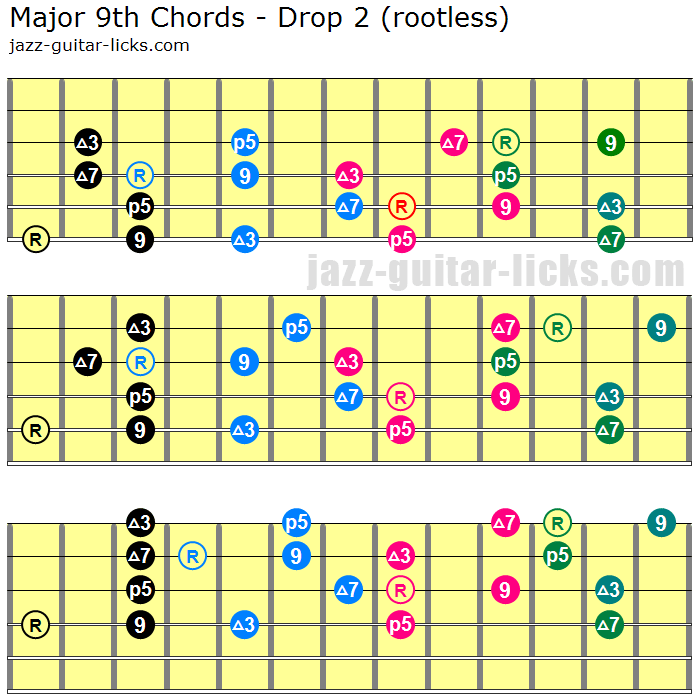 What's The Difference Between maj9, 9 and add9?

Because the difference between a maj9 and an add9 chord is often a source of confusion, this has to be clarified here.

As you can see in the voicing shapes below, the fifth is left out. 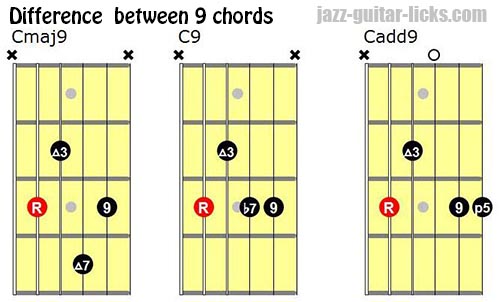