7#9 chords have a blues sound because of the major third and the minor third. Indeed, as you can see in the chart above, the #9 can be considered as the minor third (b3). This type of chord is often referred as the Hendrix (Jimmy) chord because of its use in Purple haze.

There is much of it in many jazz-blues compositions and very used by hard-bop musicians as Wes Montgomery (Four on six, Full House, D natural blues), Kenny Burrell (Chitlins con carne), Grant Green, Lou Donaldson and many more.

What Scale to Play Over 7#9 Chords?

Here are three main positions to play dominant seventh sharp ninth chords on the guitar. As already mentioned before, 9th chords are theoretically made up of five tones, but it is physically difficult to play all of them. That's why the fifth (5) is generally omitted. It is the least important notes which make up the 7#9 chord.

Here are some rootless dominant 7#9 chord shapes based on Drop 2 voicings. 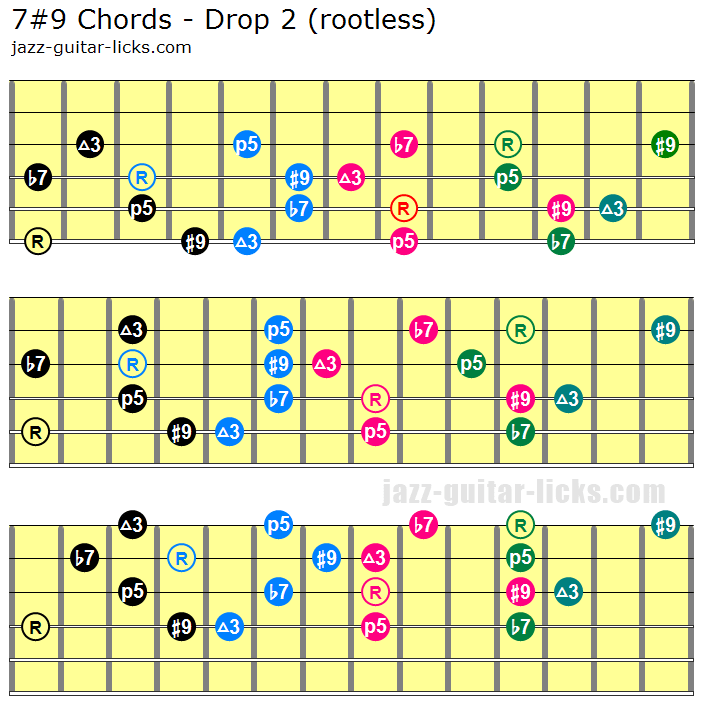