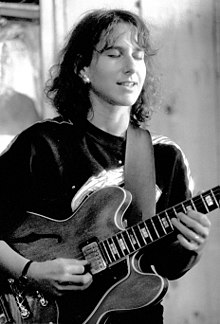 Emily Remler was an American jazz guitarist (1957-1990) influenced by Wes Montgomery amongst others. She began playing guitar when she was ten and studied music at Berklee for three years (1976-1979). She recorded as a leader for the first time in 1980 and released 7 albums : Firefly, Take two, Transitions, Catwalk, Together, East to wes and This is me.

New lessons are regularly published, don't hesitate to subscribe to the newsletter.