When a jazz beginner starts to improvise over a II-V-I progression, he generally plays arpeggios corresponding to the chords of the sequence.

In the long-run there is nothing exciting. That's why there is a nice trick used by number of jazz players to add smoothness to a dominant line. This is a little tip that makes all the difference which consists of playing a major 7th arpeggio over the V7 rooted on its b7 degree.

First you must be able to build any major seventh arpeggio. Remember that major 7th arpeggios are made up of root (1), major third (3), perfect fifth (5) and major seventh (7).

Here is how basic major 7 arpeggios look on the guitar. 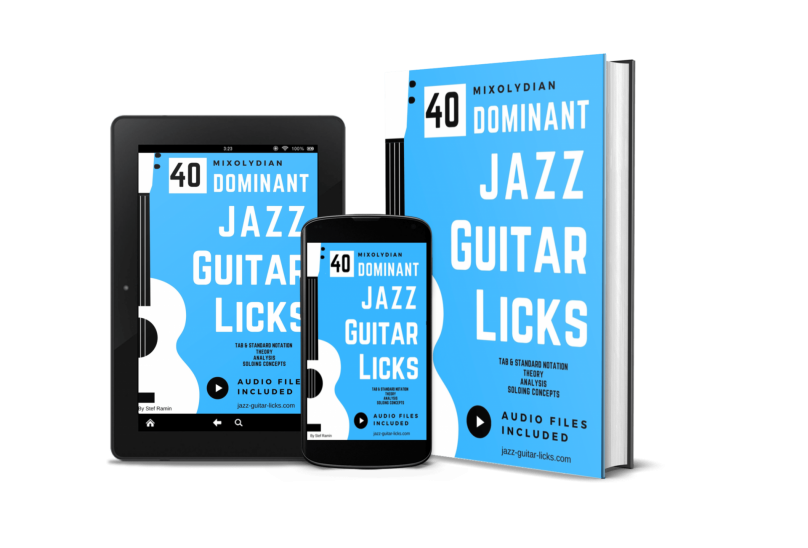 Let's apply the trick previously discussed over one of the most famous chord progression used in jazz standards, the II-V-I sequence. For simplify learning we will play it in the key of C. So, we will get three chords Dm7, G7 and Cmaj7 respectively the II, the V and the I degrees.

These notes represent the upper structure of G7 the fifth degree of the II-V-I progression. In other words, superimposing a  F major arpeggio to a G7 chord gives a G13 chord.

Here is an example to illustrate this technique. Try to put this in your guitar solos.