A big part of learning jazz guitar means building his own repertoire of pieces. Here is a list of 10 jazz blues songs every beginning guitarist should know.

This short list covers a range of jazz blues chord progressions and their different variations (form, tonality, Harmonic structure) with a brief analysis and also represents the most played jazz blues tunes at jam sessions.

“All Blues” is surely the most famous jazz blues tune that every beginning guitarist should study. It was written by Miles Davis in 1959 and appears on the influential record, “Kind Of Blue”, still one of the best-selling jazz albums of all times. “All blues” is a 12 bar blues in 6/8 containing only dominant 7 chords.

Blue Monk is a 12-bar medium blues in Bb composed by Thelonious Monk. This tune is characterized by the use of four-note chromatic scales in bars 1,2,4 and 5. There is an interesting variation of the basic blues progression in which Thelonious Monk inserts a IV in bar 2 and a diminished seventh chord (E°7) in measure 6 a half-step higher the IV of the bar 5. It is a variation among many other jazz, blues variations.

It is surely the most complete and interesting variation of the typical 12-bar blues progression. The "Bird blues" or "Charlie Parker blues" is often referred to as "Bird changes", "New-York changes blues" or "Cycle blues".

This is a very common 12-bar form played by jazz musicians since the bebop era. This is evidenced by "chi-chi" or "Blues for Alice" (Charlie Parker) or "freight trane" (Tommy Flanagan). The main characteristics of this progression are :

Mr P.C is a basic C minor 12-bar blues composed by John Coltrane in 1959 in tribute to his friend and bass player Paul Chambers. It was first recorded on the landmark album 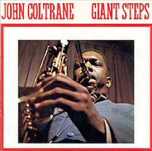 “Giant Steps” by Coltrane’s quartet the same year he recorded the legendary “Kind of blue” with Miles Davis. It is an easy and accessible minor blues, an essential jazz tune to know.

Tenor madness is a Bb blues composed by Sonny Rollins from the eponymous album recorded in 1956. This tune is the result of the unique collaboration of two jazz masters, John Coltrane and Sonny Rollins.

Straight no chaser is an easy Bb 12-bar blue composed by Thelonious Monk, it is a common jam session tune. Monks recorded it first in 1953 with its quintet featuring Sahib Shihab on alto sax, Al McKibbon on bass, Milt Jackson on vibes and Art Blakey on drums (He begins the tune with a drum chorus).

This second version with Gerry Mulligan on Baritone saxophone, Wilbur Ware on drums and Shadow Wilson on drums has been recorded in 1957. There is a third version recorded in 1967 taken at a faster tempo with saxophonist Charlie Rouse, Larry Gales on bass and Ben Riley on drums.

This jazz-blues head has been recorded numerous time by many other musicians. Miles Davis makes it popular in the key of F in his record “Milestones” in 1958.

Watermelon man is a 16-bar blues composed by Herbie Hancock originally recorded in 1962 for the album “ Takin’ off”. He released a better known soul-funk version arranged by Harvey Mason in the 70’s with the Head Hunters band. It is most commonly played in the key of F. West coast blues was composed by the greatest jazz guitarist of all time, Wes Montgomery. This tune first appeared on its 1960 album, “The Incredible Jazz Guitar of Wes Montgomery”.

The key feature of this tune is that the solo changes are different than the melody changes. You may also notice that it is in 6/4 time. One other characteristic is that instead of playing the IV7 chord in bar 2, the tune goes to the bVII7 (Ab7).

Bag’s groove is a jazz-blues tune in F composed by Milt Jackson an American jazz vibraphonist. The song owes its name to Jackson’s nickname “Bags”.  It was first recorded by the Milt Jackson’s Quintet (Lou Donaldson, John Lewis, Percy Heath and Kenny Clarke) in 1952 for Blue note Records .

The most famous version was recorded by Miles Davis’s quintet in 1954 and released in 1957 on the album Bag’s groove. This is a great jazz-blues tune to know, the melody is simple, repetitive and it’s quite easy to improvise over.

Blues for Willarene is a Bb soul-jazz tune composed by Grant Green (Guitar) from his 1961 debut album “First stand” recorded in a trio with Baby Face Willen on organ and Ben Dixon on drums. This tune is not well-known, but deserves to go in this top 10 list.

Obviously, there are many other jazz blues heads which deserved to be listed here as “Chitlins con carne”, “C jam blues”, "Billies Bounce", "Equinox", "Foot prints" or “Blue Trane”. This could be the subject of another article. In the meantime, you can complete this list using the comment form below.