What Scale to Play Over 7b9 Chord

Dominant 7 flat ninth chords (7b9) are generally related to the fifth mode of the harmonic minor scale known as Phrygian dominant scale, which makes it the most obvious choice for improvising over 7b9 chords. However, we will see in this article that there are many other options.

First, you need to know how 7b9 chords are built :

They can be seen as dominant 7 chords with a b9. You will find below some basic guitar posistions. For more complex 7b9 chord shapes please follow this link.

Scales That Sound Good Over 7b9 Chords

Other Names for the Phrygian Dominant Scale

The Mixolydian b2 scale

Other Names for the Phrygian Dominant Scale

The half-whole diminished scale or dominant diminished scale is a symmetric scale built by alternating half-steps and whole-steps. It is important not to confuse it with the whole-half diminished scale which is the opposite. The formula is 1 - b9 -#9 -3 - #11 (or b5) - 5 - 13 (6) - b7

The half-whole diminished scale is widely used for soloing over dominant 7th chords, and especially on 7b9 chords. It can bring interesting tensions to your lines by highlighting the #9 and #11 in addition to the b9. 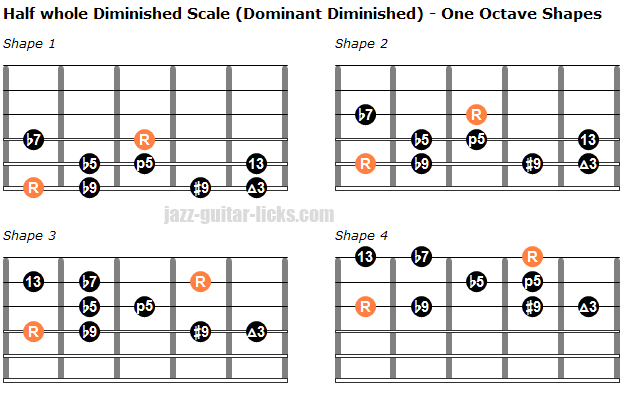 The Dorian b2 Pentatonic Scale 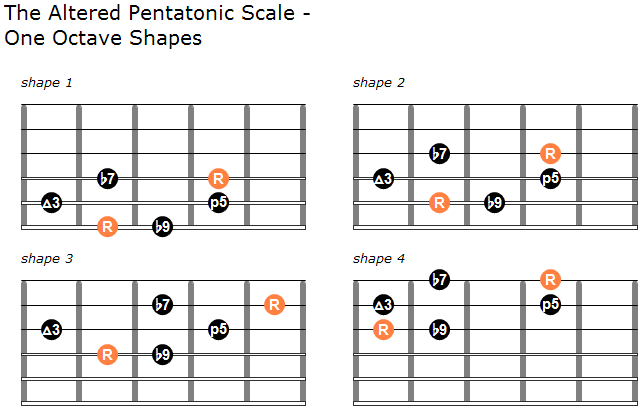 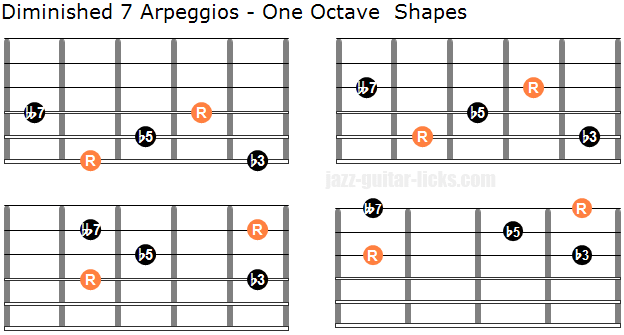