Harmonization of the Melodic Minor Scale - Chord Shapes and Theory

The melodic minor scale can be seen as a variation of the Dorian mode which is the second mode of the major scale, thus giving the formula :

The only difference is that the melodic minor scale contain a major seventh (7), whereas the Dorian mode is built with a minor seventh (b7).

How To Build Chords From The Melodic Minor Scale?

The chart below show you the seven chords built from each degree of the melodic minor scale.

The diagrams below show the seven shapes related to the seven tetrad chords built from each degree of the harmonic minor scale. Every chord correspond to a color code and the root of each chord is represented by a triangle.

The chords of the three diagrams below are drop 2 voiced 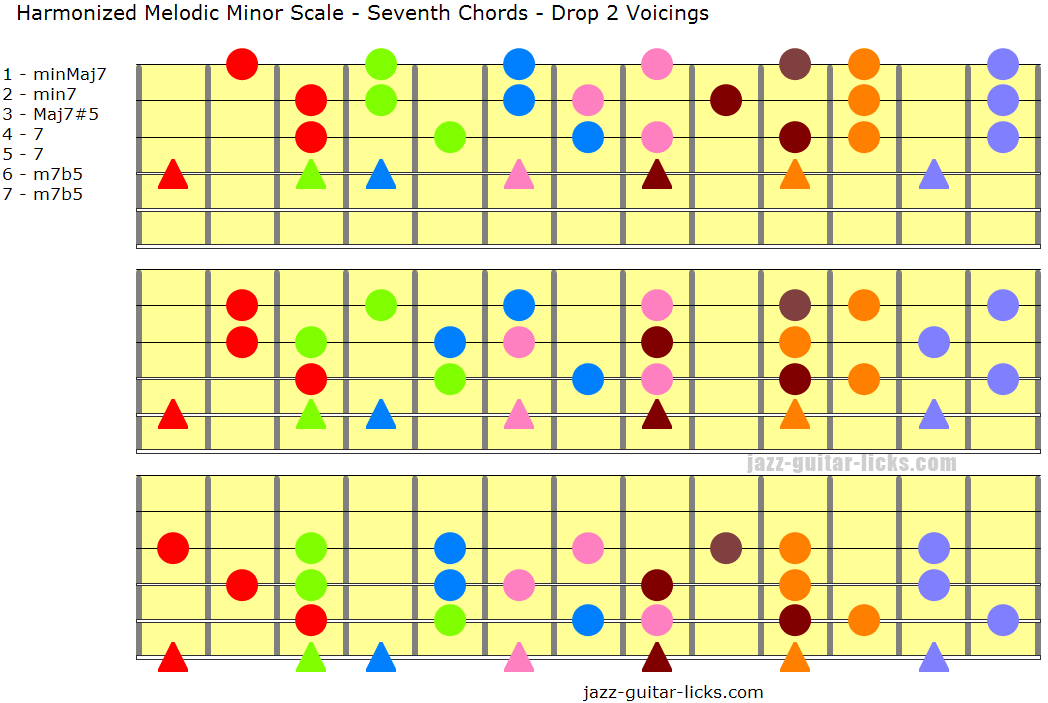