The Ionian b6 mode is not very well-known but can be very intersting to add more exotic feel to your jazz improvisations. It is generally played over a major 7 chord even it's difficult to use because it sounds a little bit weird and dissonant.

The harmonic minor scale is sometimes reffered to as Ethiopian scale or Nat Bhairav (Indian scale).

Comparison With The Major Scale

You see that the harmonic major scale has a b6 instead of a 6 in the major scale.

Comparison With The Harmonic Minor Scale

There are four types of triads in the harmonic major scale. Two major triads (degrees I and V). Two minor triads (degrees III and IV), one augmented triad (sixth degree) and two diminished triads on the second and seventh degree.

Exemple in the key of C :

When stacking thirds on each degree of the harmonic major scale we get seven chords. These chords can be extended with a 9, 11 or 13 and arpeggiate in order to create interesting jazz lines.

The two guitar shapes below show you how to play the harmonic major scale on guitar. The first diagram has roots on the sixth, fourth and first string, whereas the second diagram on the right has roots on the fifth and second string. 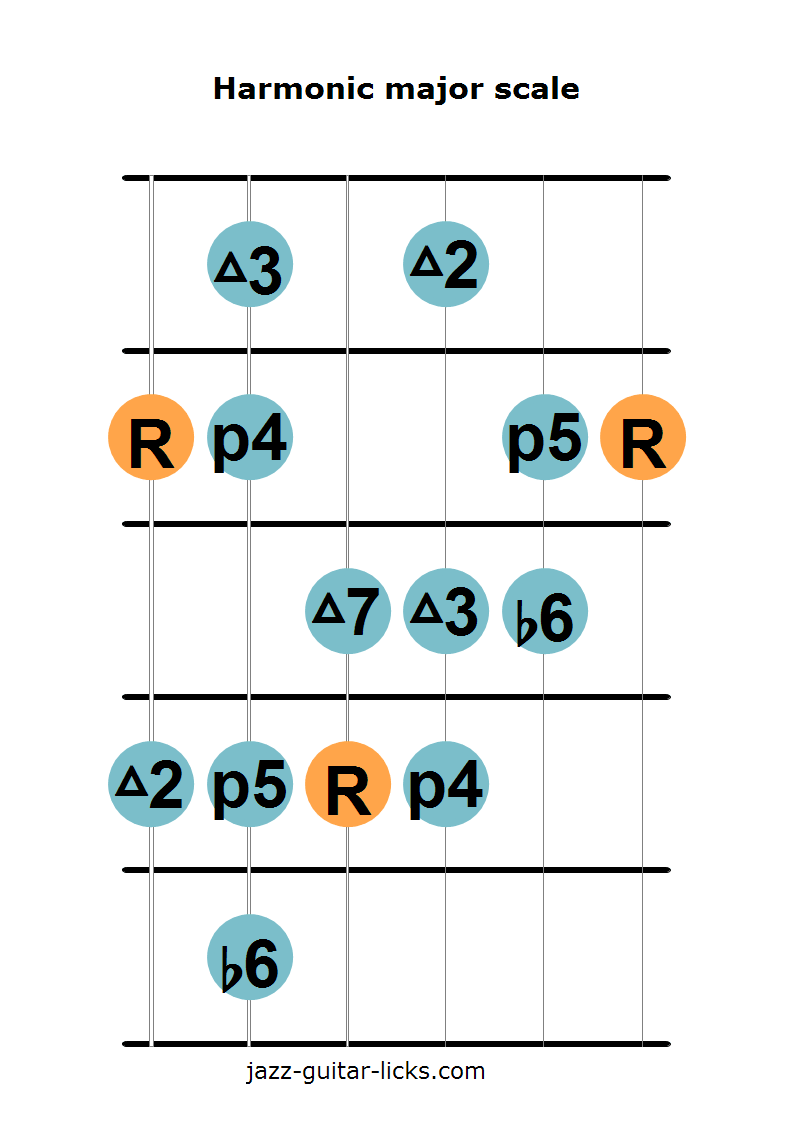 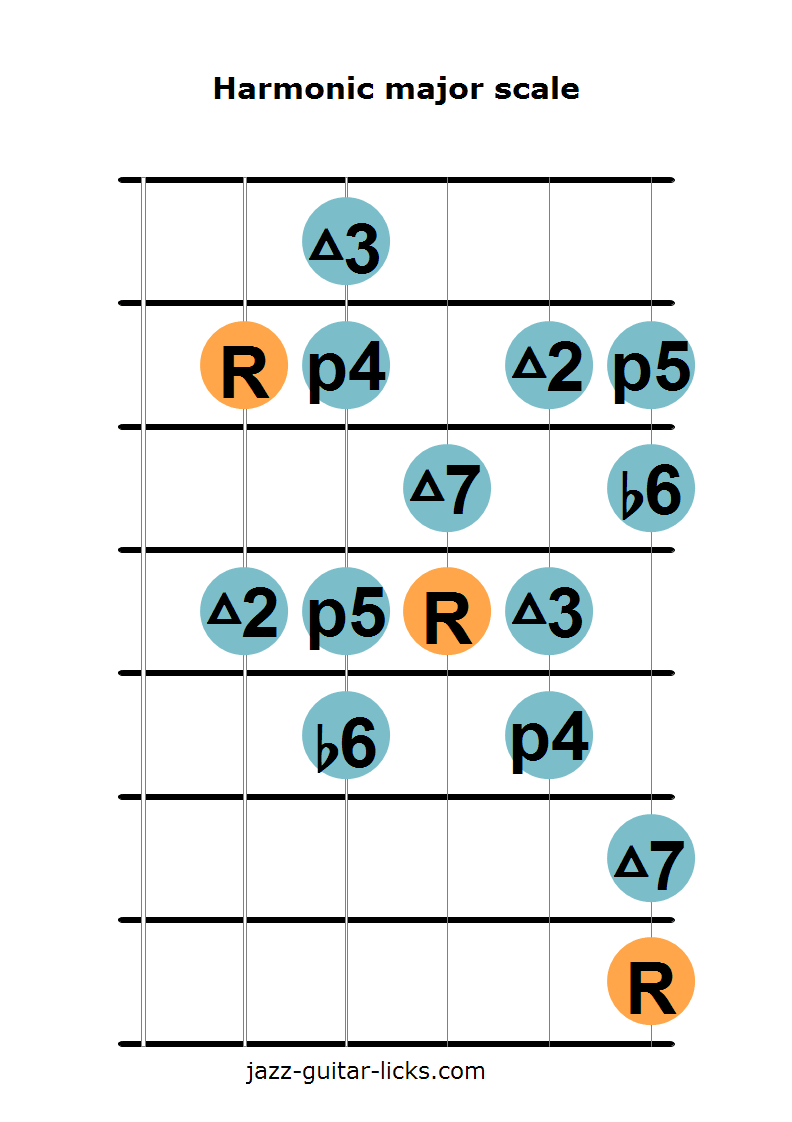 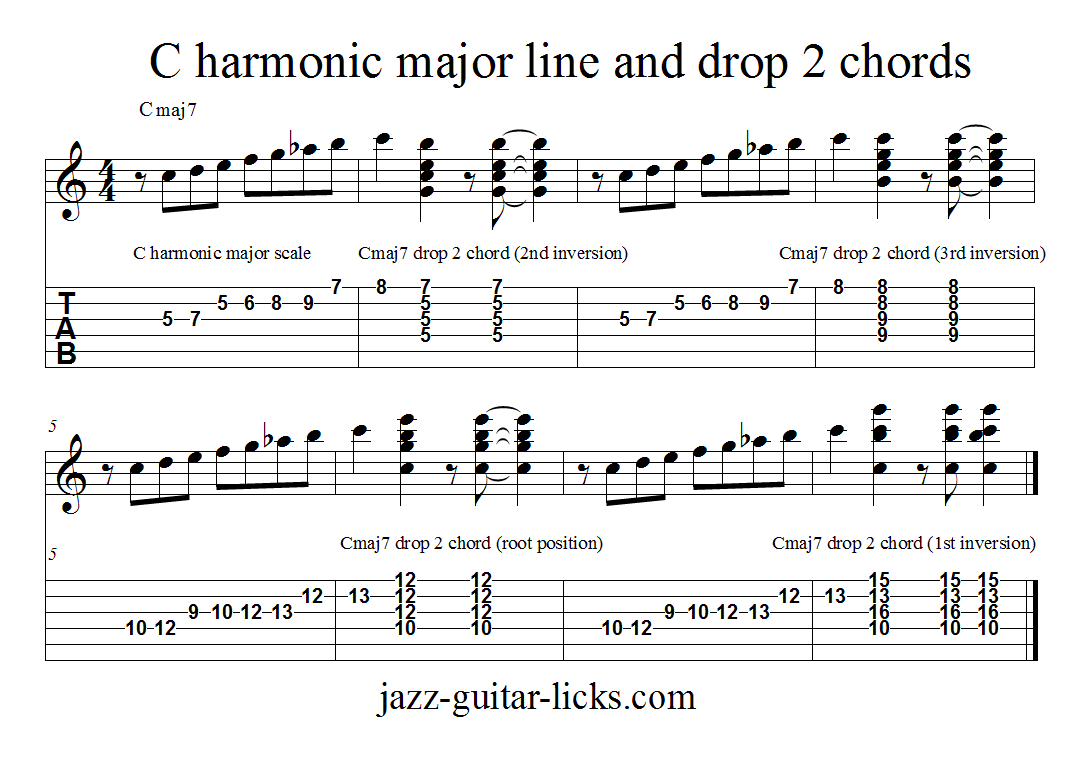