What is the Major Blues Scale?

The major blues scale is one of the most important blues scales that any jazz guitarist must know. It is built with root (1), second (2), minor third (b3 - passing tone), major third (3), fifth (5) and sixth (6). The major blues scale  is a useful device when you want to improvise over major and dominant chords. It gives bluesy vibes to your guitar solos.

How Is Built The Major Blues Scale?

This is a hexatonic scale, it means that it contains six notes per octaves just as the minor blues scale. In comparison with the major pentatonic scale, there is an additional note between the second (2) and the major third (3). This note is named flat tenth (b10) or flat third (b3), this a blue note. Flat tenth is more appropriate in this harmonic context because a scale can't have two thirds in its composition.

How to Play the Major Blues Scale on Guitar?

Here are five guitar positions of the major blues scale. The first important thing to do is to locate the root note (R), this is the orange triangles in the diagrams.The root will serve as basis for the transposition of these shapes.

You can also locate the blue note (b3), which is the blue note in the diagrams. Please note that these guitar positions are the same as the major pentatonic scale boxes but with the minor third (b3) added. This one is used as a passing tone between the second (2) and the major third (3).

Once you have memorized these diagrams you have to transpose them moving the root on the desired note keeping the same intervals. 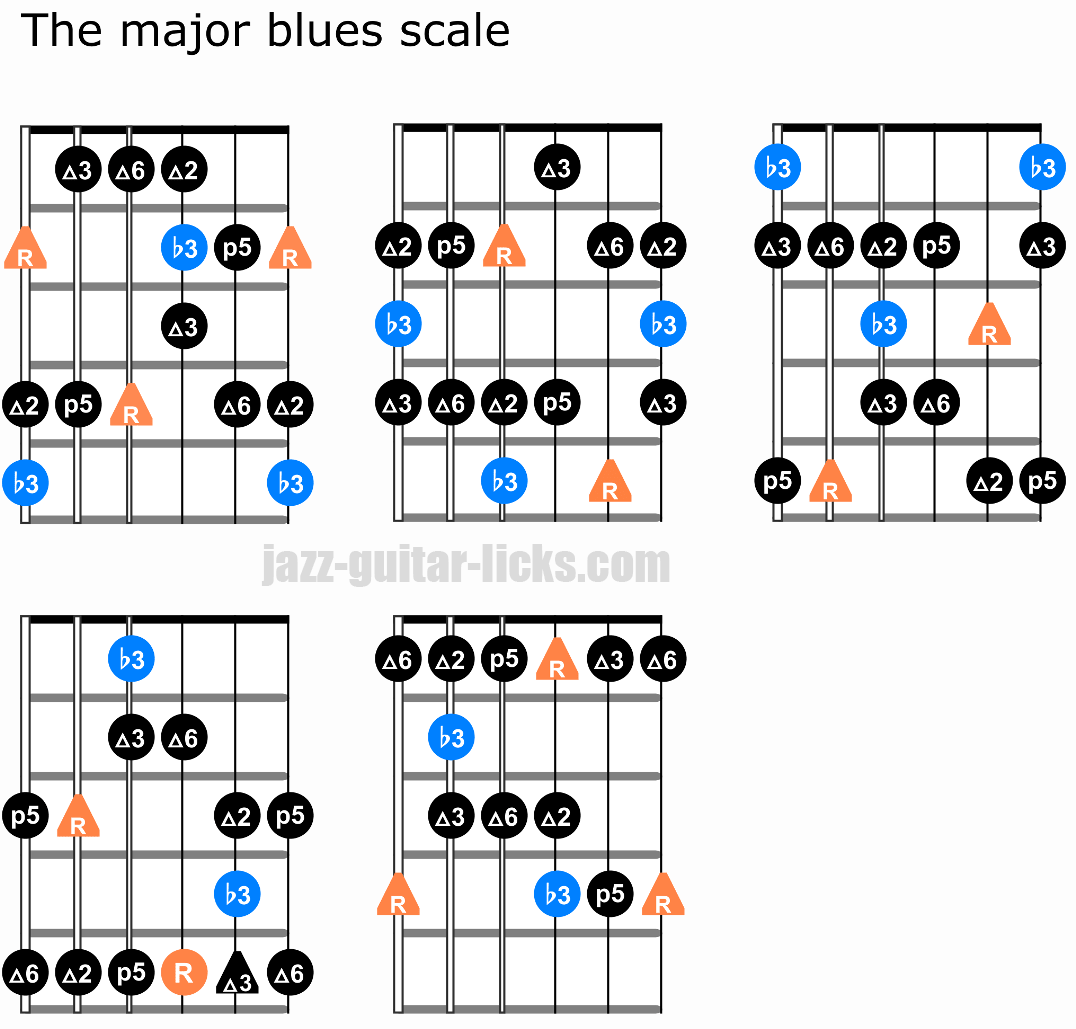