The Dorian mode is the second of the seven musical modes. It is a minor type scale because of its minor third (b3), often the first choice to play over minor chords and one of the most important scale to know for a jazz guitar improviser.

How is Built the Dorian Mode? 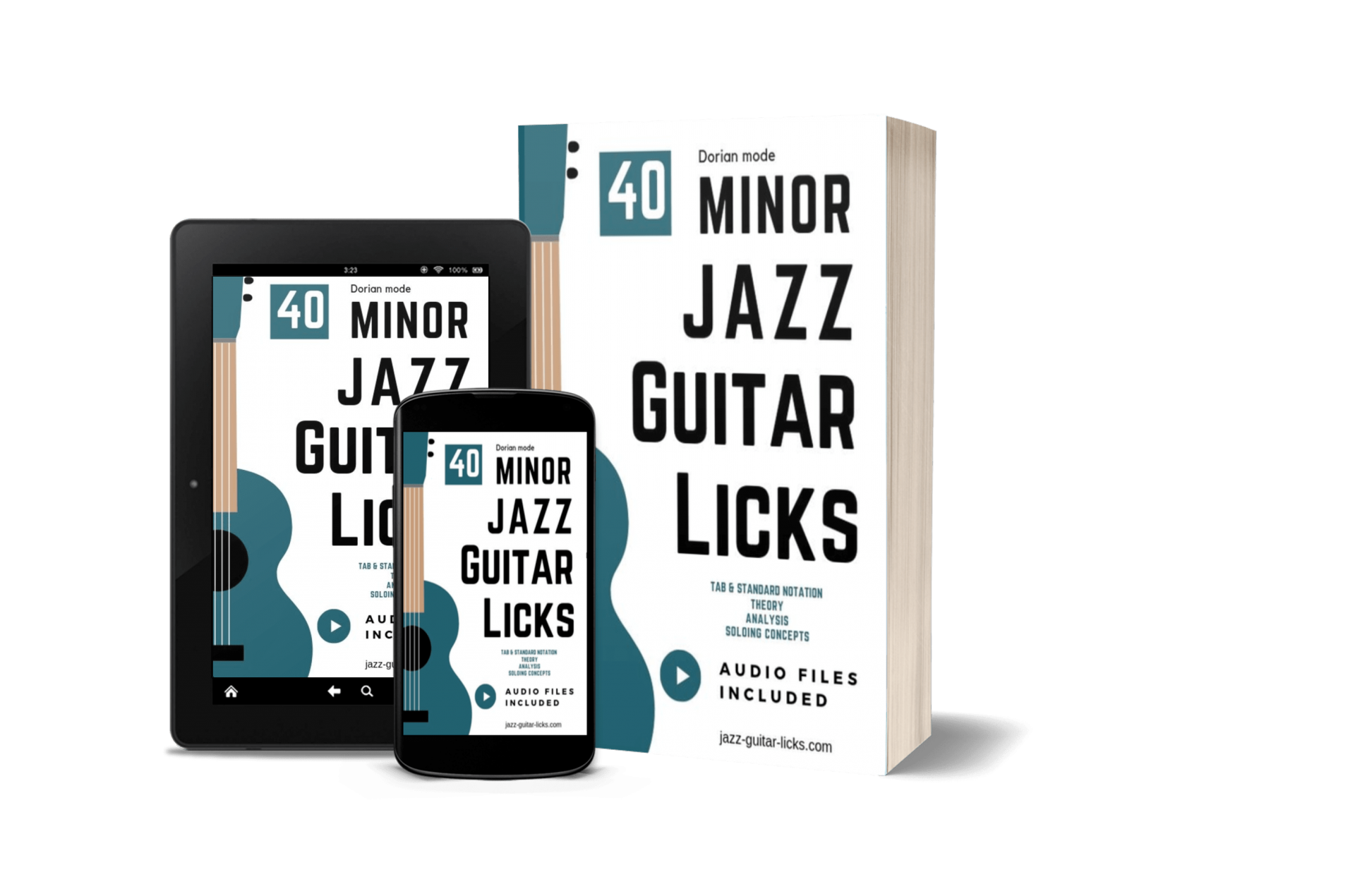 The Dorian Mode in Twelve Keys

Now that you are aware of its composition, you should be able to build and play any Dorian scale in twelve keys. Here is a summary chart.

You will find four guitar neck diagrams to play the Dorian mode within one octave.

To understand and hear the Dorian mode, it is advisable to play these patterns starting with the root note representented by the orange R.

For example, to play the D Dorian mode using the first shape you have to put your first finger on the sixth string at the tenth fret.

To play the D Dorian mode using the second pattern you must put you first finger on the fifth string at the fifth fret.

Of course, it is very important to play the Dorian mode in twelve keys. You just have to move the root to the desired note keeping the same intervals.

The two shapes on the right show how to play the Dorian mode within two octaves in order to cover the strings on the guitar. Once again, try to transpose these patterns in all twelve keys.

Here are the main chords and arpeggios related to the Dorian mode. (examples given in the key of D)

How To Apply the Dorian Scale? 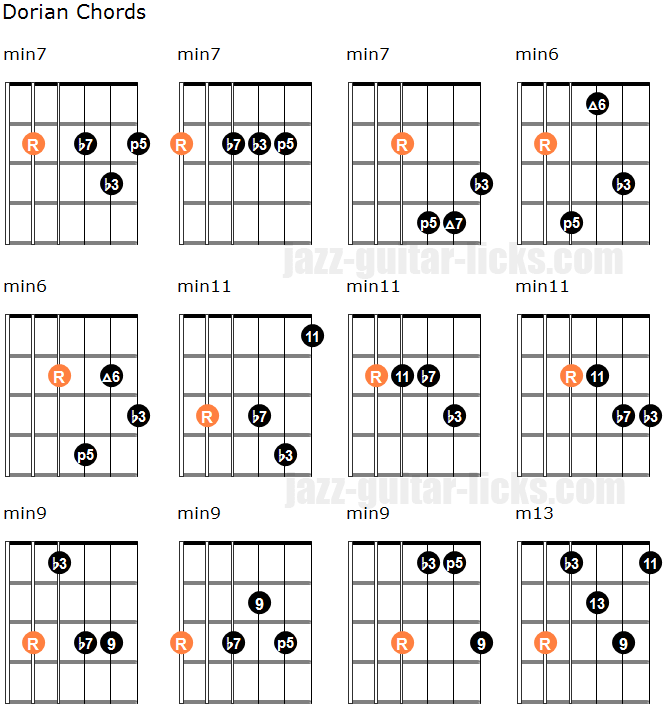 In this line you hear the D Dorian mode in intervals of sixths ending with an inverted drop 2 voicing chord (Dm7 - 1 - b3 - b7).