Because of the #5, they sound unstable and tense when played in a chord progression, so they must be used carefully and in the appropriate context.

To build a C augmented triad, we need to play C (the root), E (the major third) and G# (the augmented fifth). It would be noted Caug or even abbreviated with a + sign ; C+.

What Are Close Voiced Triads?

All the notes of the closed triad chords are placed as close together as possible unlike open triads whose notes are spead out and cover more than an octave.

How to Play Augmented Triads in Close Position?

The four guitar diagrams below show how to play augmented triads in close positions. They are organized into four categories.

There are 3 different voicings in each category. 1 root position and its two related inverted positions :

Here are the voicings

Root Positions and Inversions, What Does it Mean ?

The notes of the root position are in the order (1-3-#5) unlike the inverted positions which have their notes in a different order, so the third or the sharp fifth can be in the bass. Thus giving three different augmented triad voicings. 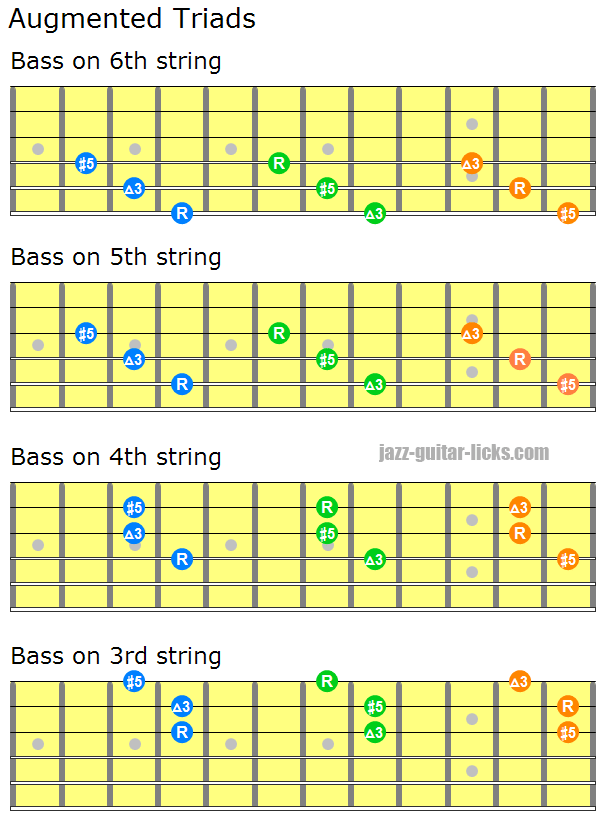 The 3 guitar neck diagrams show how to play augmented triads in open positions. 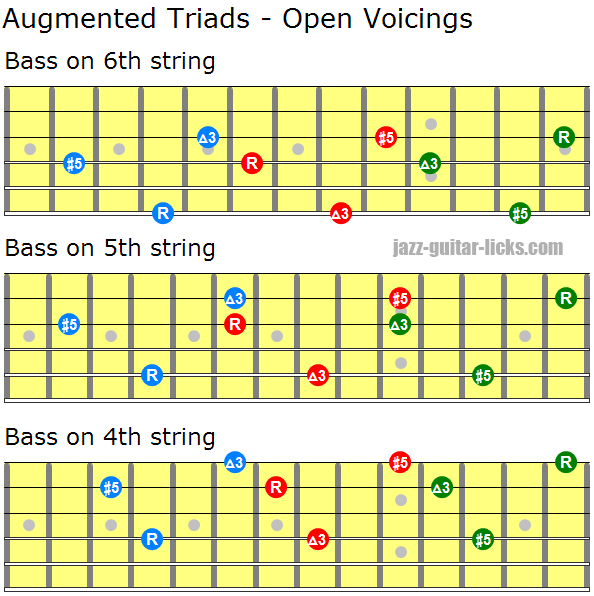 You can see in the following chart what are the notes are highlighted when an augmented triad is played starting on a specific degree of a given chord.

The staves below show what notes stand out when an augmented triad is played on specific bass (C in the example). Let's take the second bar : when playing a Db+ triad stacked on C you get a b9 (Db), 11 (F), and A (13).