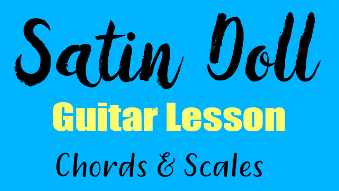 Satin Doll - Chords and Scales For Guitar - Lesson For Beginners

Satin Doll by Duke Ellington and Billy Strayhorn, witten in 1953, is one of the most famous jazz tune. It has been recorded by many jazz musicians as Wes Montgomery, Ella Fitzgerald, Mc Coy Tyner, Oscar Peterson and of course Duke Ellington himself. It has become a classic jazz standard, a must-hear, very popular at jam sessions.

This guitar lesson with chord shapes and scale charts explains how to play easy jazz chords and what basic scales to choose for improvising over Satin Doll.

Firstable, let's talk about the basic structure of Satin Doll. This jazz standard is what we call a 32 bar AABA form. This means that it is composed of two parts (A and B) each containing 8 bars.

The A part is played twice (with two different tunrnarouds at the end of each part), the B part (the bridge) is played once, then the A part once again.

According to the real book chord changes, the original progression would be:

Please note that during the improvised solos, at fast tempo, the chords are sometimes not doubled giving the following changes:

The main feature of Satin Doll is that it contains several iim7 | V7 sequences (not resolving), making it a very interesting tune for practicing this progression found in many jazz standards. Here they are : 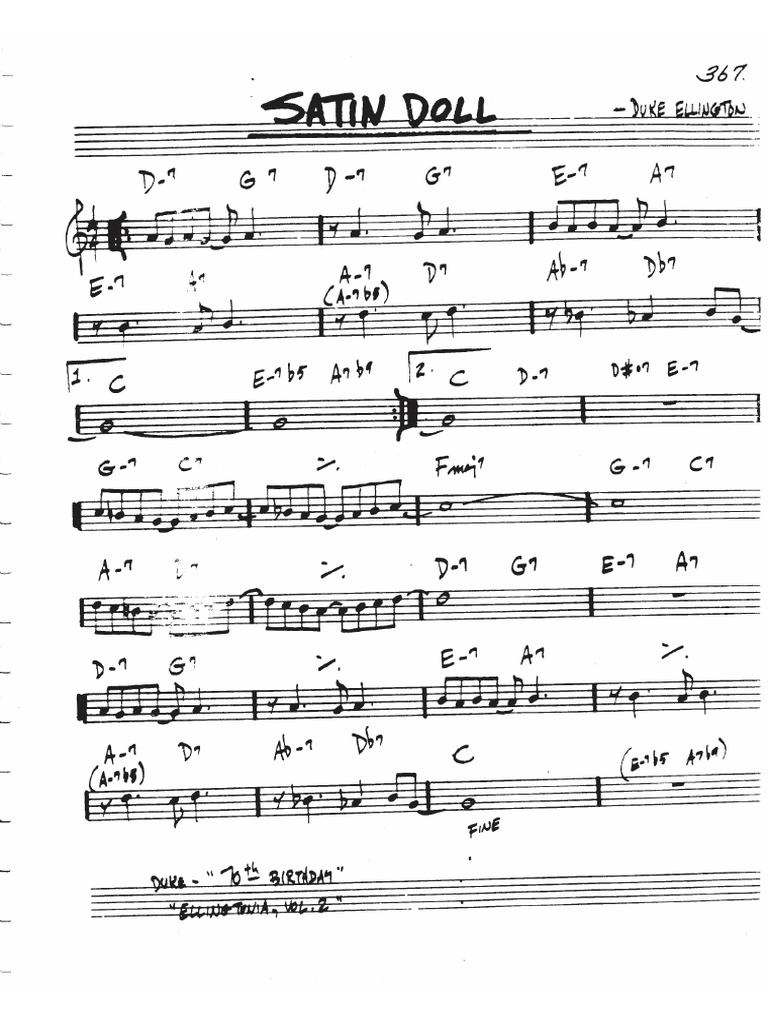 What Are Shell Voicings?

Shell voicings represent the most basic type of guitar chord shapes used in jazz, they contain the essential tones, namely root (R), third (3 or b3) and seventh (7 or b7). The bass note is generally played on the sixth and fifth string. These 3-Note chords are very popular among jazz guitar beginners because they do not require the use of too many fingers, they are very easy to play and outline easily the harmony.

Here below you can see eight guitar diagrams related to the shell voicings used in Satin Doll : two minor 7 chord shapes, two dominant 7, two major 7, one diminished 7. Notice that the chord shape with the third in the bass (F/A in the tab below) has no seventh but a fifth. This is an inverted open triad as explains in this PDF.

All these shapes are movable, meaning that you can play them anywhere on the guitar neck. 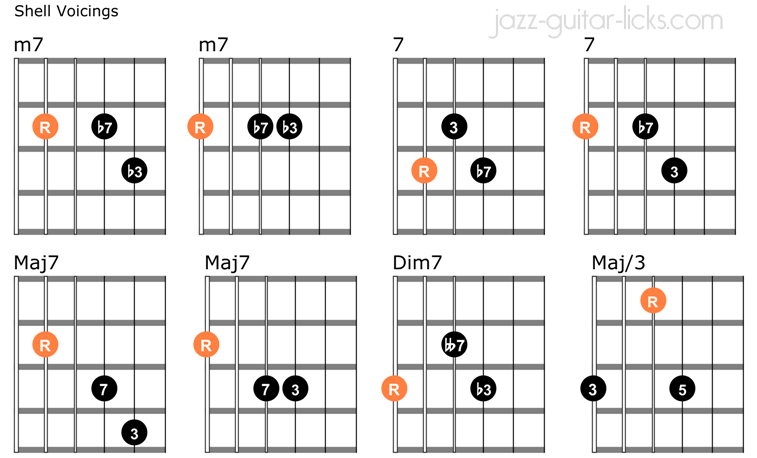 The following tab show how to play Satin Doll using 3-note shell voicings. The rhythm has been intentionally simplified to work better as a beginner tutorial. Don't hesitate to experiment you own comping rhythms. Let's start with the A part that has some slight differences with the chord progression of the real book (previously discussed) in the first and second ending.

In the B part, the only one difference with the real book version is the ascending progression implying four chords Fmaj7, Gm7, G#dim7 and F/A to make the link with Am7 (bar 15). 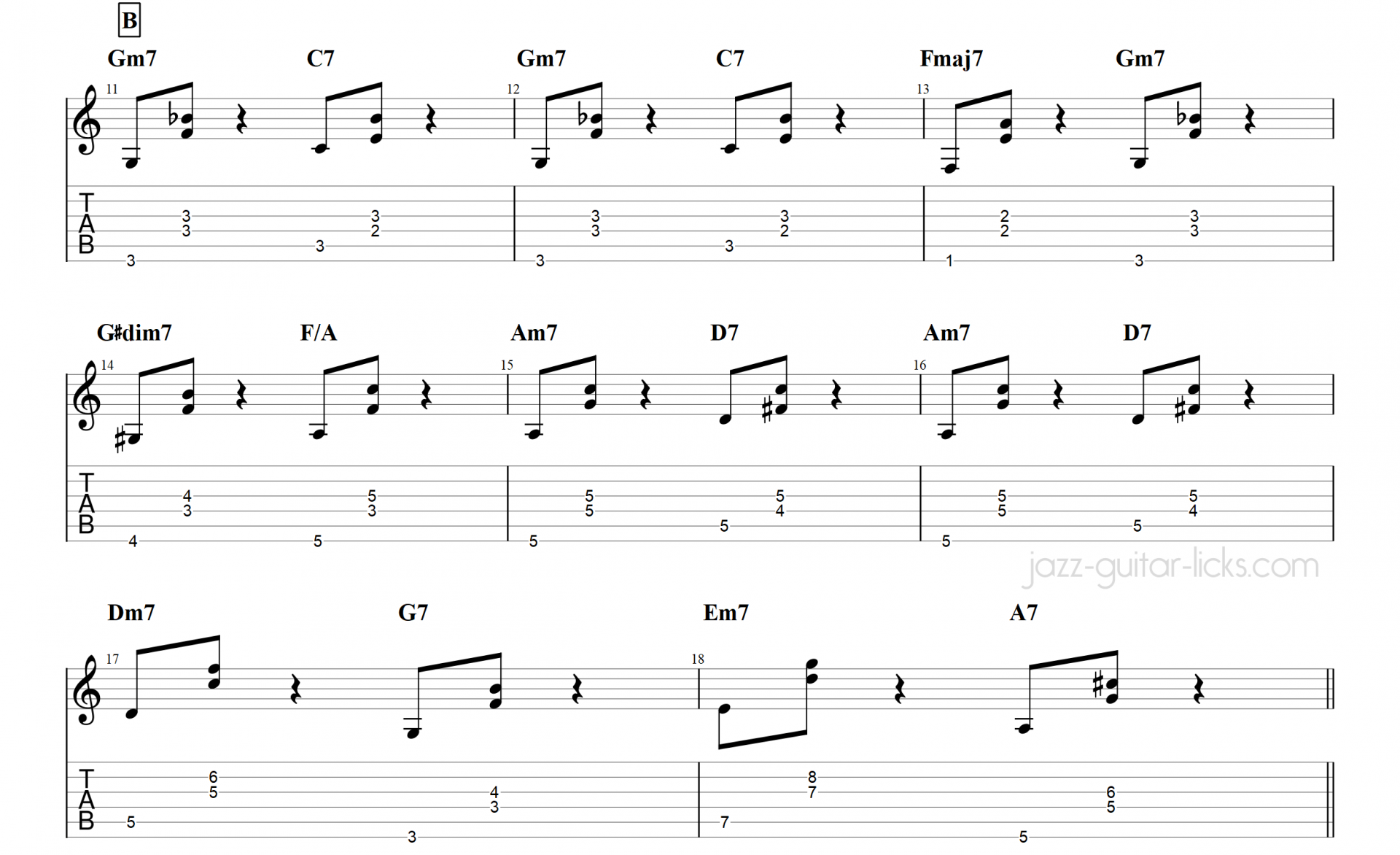 Now you know how to play easy jazz guitar chords over Satin Doll, it's time to tackle easy melodic lines that will give you some ideas for improvising over.

A Part - Dorian and Harmonic Minor

In the A part we will be using two scales, the Dorian mode and the harmonic minor scale.

Here are some shapes for a first approach of the Dorian mode and the harmonic minor scale. 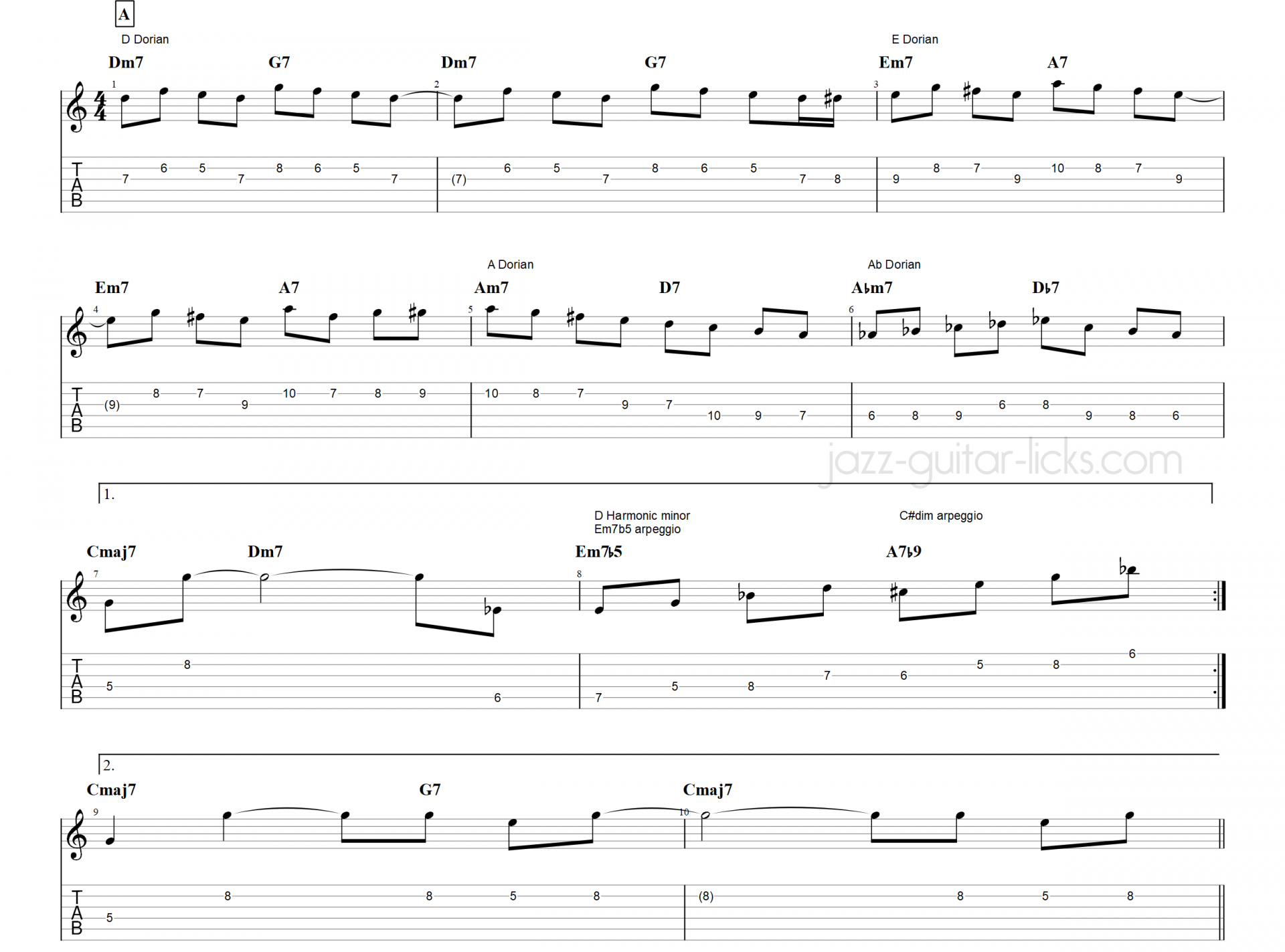 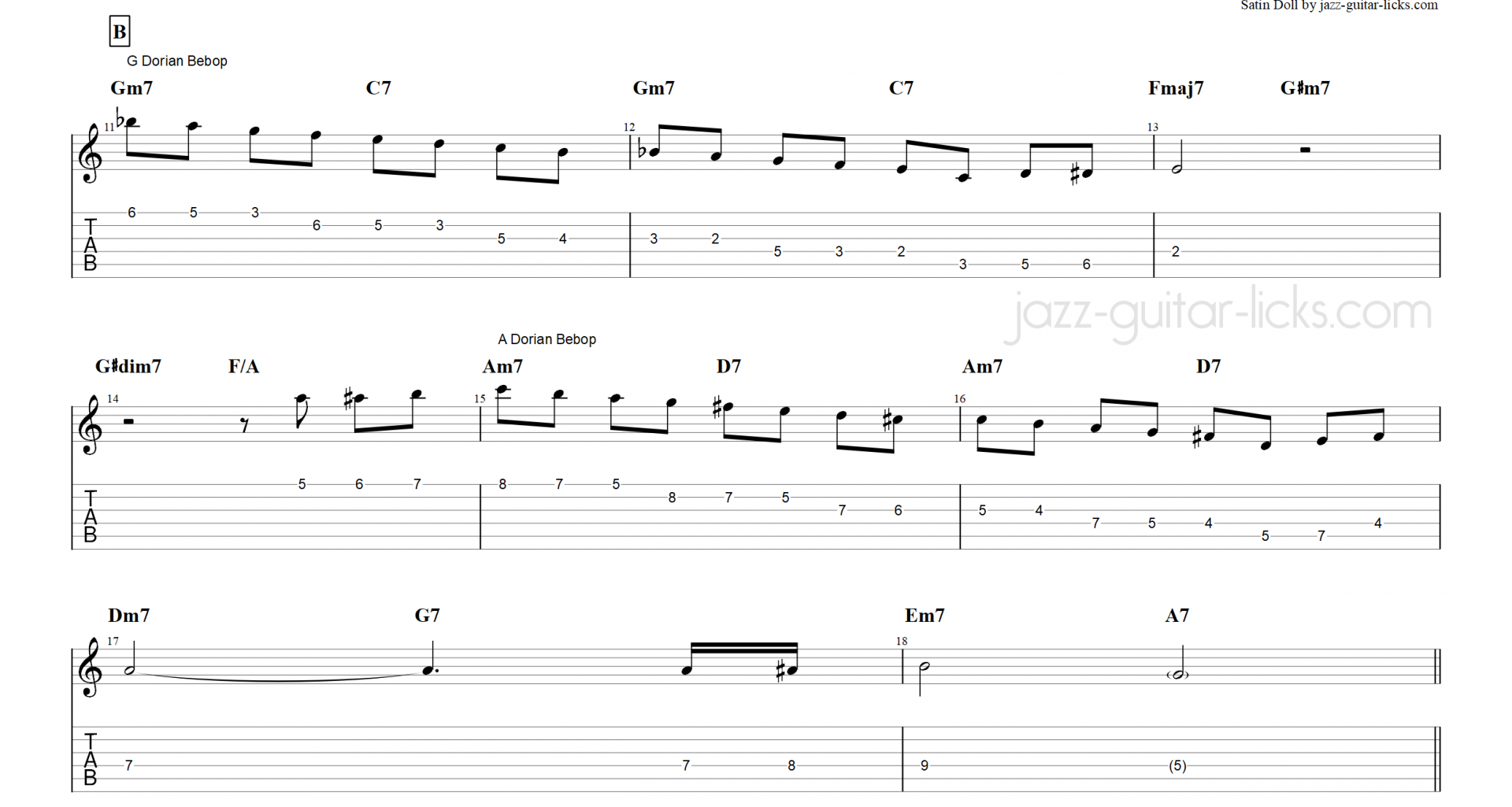