Here is an eight-bar exercise for beginners to practice major ii7 V7 licks on guitar. The idea being to play the same phrase in three different keys, each one being transposed two semitones below the previous one. This is also a good way to warm up while browsing the fretboard.

The lick covering the first two bars will serve as the basis for the rest of the study. The chords are Gm7 and C7, respectively ii7 and V7 of Fmaj. It is contains a Gm7 arpeggio (G-Bb-D-F) in bar 1 and an Em7b5 arpeggio over C7 in bar 2. Notice that playing a half-diminished arpeggio starting on the third of a dominant seventh chord highlights the ninth of this chord.

The same pattern is then played two half-steps below over Fm7 and Bb7 that are the ii7 and V7 chords of Ebmaj. Then, once again it is transposed two semitones below to get a ii7 V7 sequence resolving this time to the I chord (Dbmaj7).

Don't hesitate to check the 40 II V I Licks PDF for more exercises. Meanwhile here is the transcription with tab/notation and the Instagram Video. 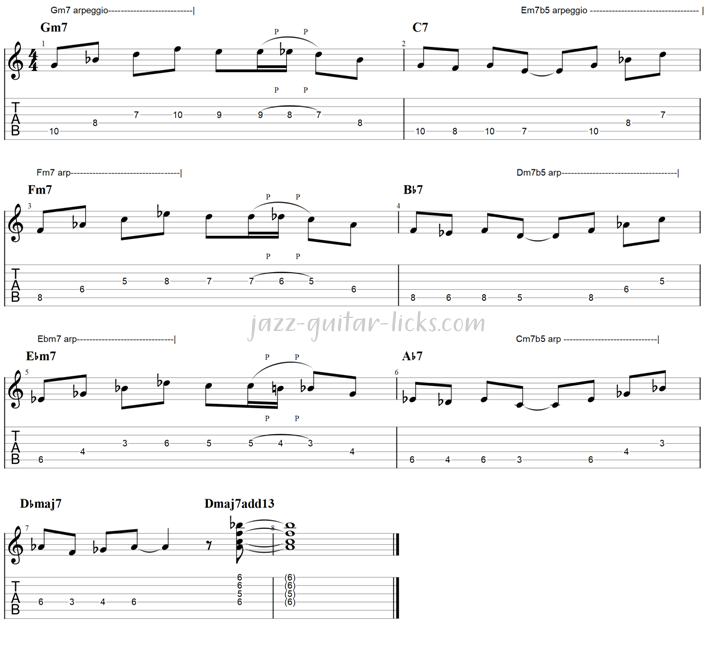