Generally, when a beginner start to learn to play guitar, he tackles open chords (up the guitar neck), those found in many popular songs.

Then, come the bar chords (major, minor, dominant 7) a little hard to master. But all these chords do not have a very interesting sound and are not mostly used in jazz music.

That's why in this lesson for jazz beginners we will take the main basic guitar bar chords to transform and enrich them so that their sonority is richer, exciting and better suited to jazz concept.

Let's start with Major chords which are basically made up of a root (1), a major third (3) and a perfect fifth (5). These three notes are considered as the "skeleton" of the chord.

The first thing to do when you want to make a basic chord more "jazzy" is to add the seventh. Then, the triad becomes a tertrad chord that is actually a set of four notes. Example with C major.

It is also possible to replace the seventh with the sixth, this would give a major sixth chord and eventually add extensions as the 9, 11 and 13 to these chords. The possibilities are numerous.

The diagrams on the left represent the common shapes to play major bar chords on the guitar. You can notice that there are the three tones (root, major third and perfect fifth) that a major chord must have in its composition.

Some of these tones are repeated, the root (R) and the fifth (5). That makes powerful chords not highly desired in jazz, that's why we have to make some changes in order to highlight the most important notes of the chord.

Here are some possible chord embellishments based on common major bar chords : 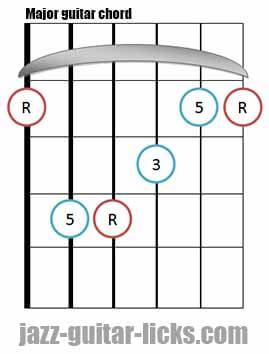 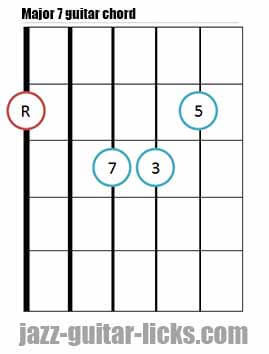 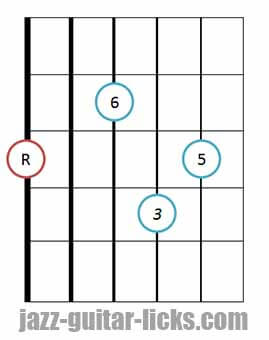 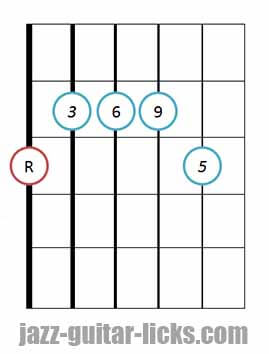 Here are some basic major jazz chords with roots on the A-string  : 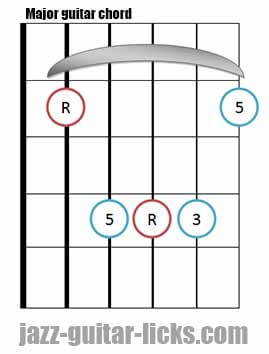 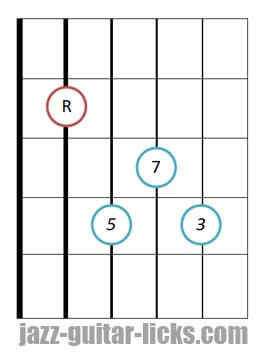 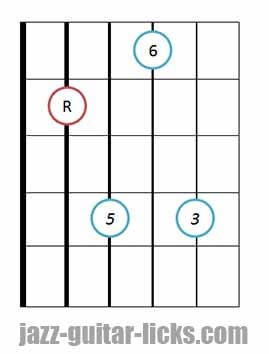 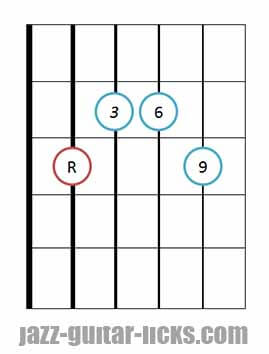 Minor chords also contain three notes : root (1), minor third (b3) and perfect fifth (5). These tones constitute a minor triad. Like major chords you can add the seventh, the sixth and even extend them with the ninth, the eleventh and the thirteenth.

Here are some ideas to turn a basic minor bar chord into a jazzy chord :

Roots on the E-string

Roots on the A-string 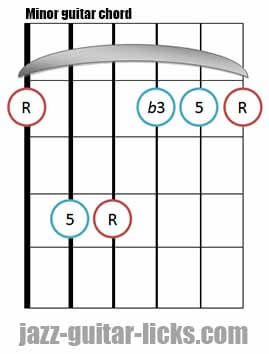 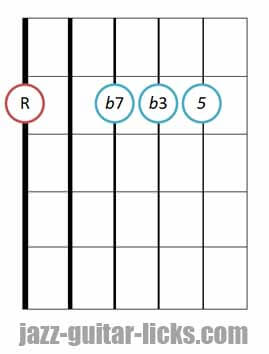 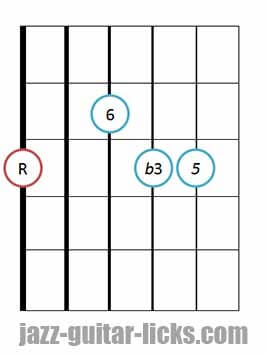 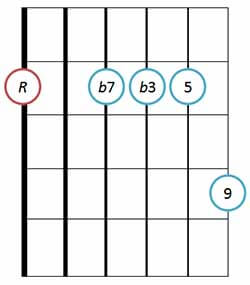 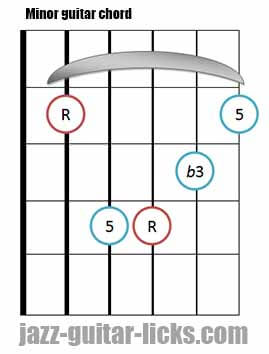 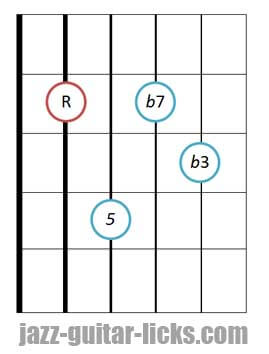 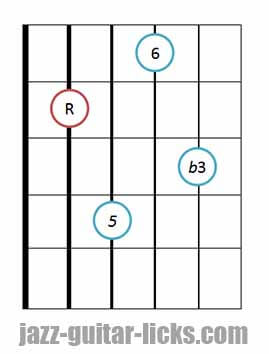 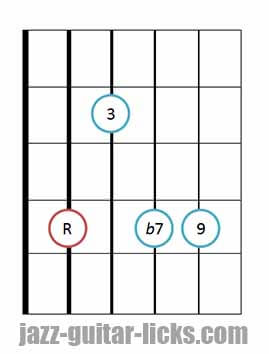 Dominant voicings with roots on the E string

Dominant voicings with roots on the A string 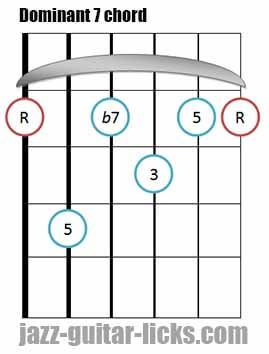 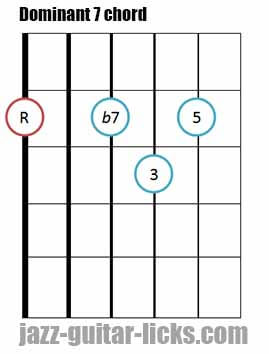 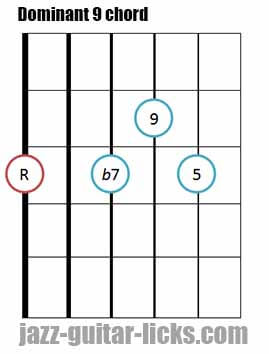 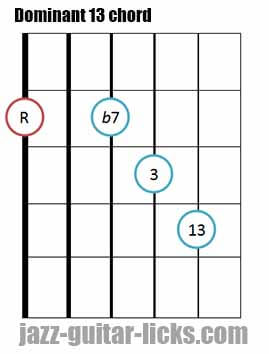 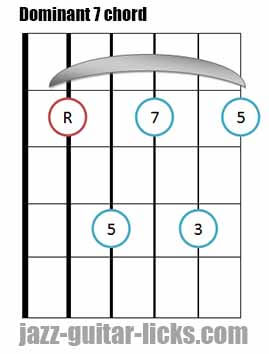 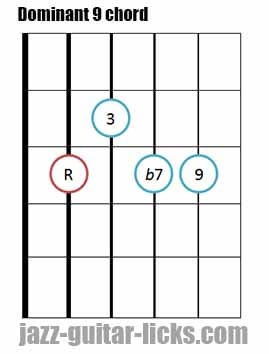 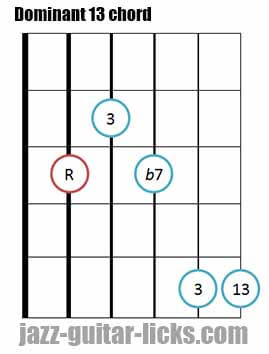