What is a Dominant 7th Chord?

A Dominant 7th chord is a major triad with an added minor seventh. The formula is :

Major 7 chords contain and a major seventh (7) whereas Dominant 7 chords implies a minor seventh (b7). That's the one and only difference between a maj7 and a dom7 chord. 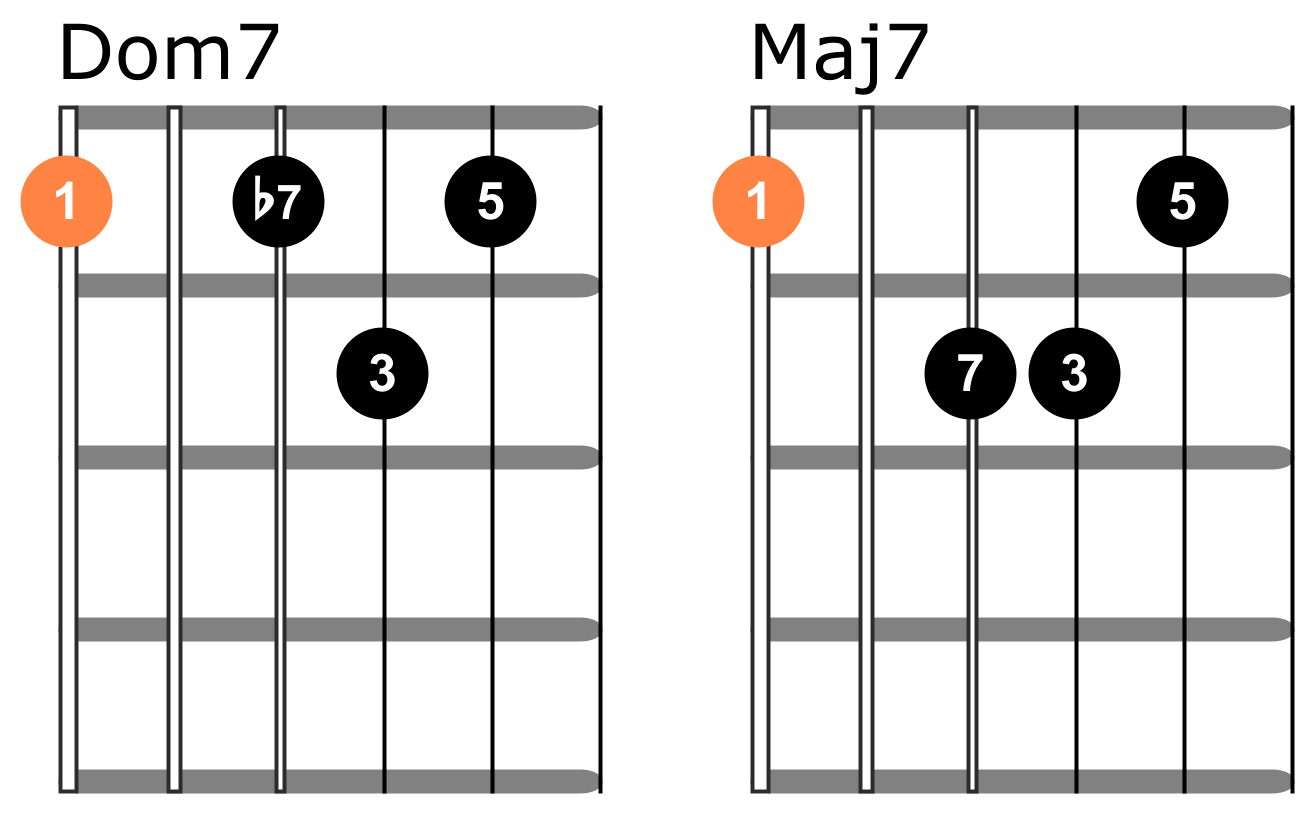 Minor seventh chords are built with a minor third (b3) and a minor seventh (b7). In dominant chords only the seventh is minor. 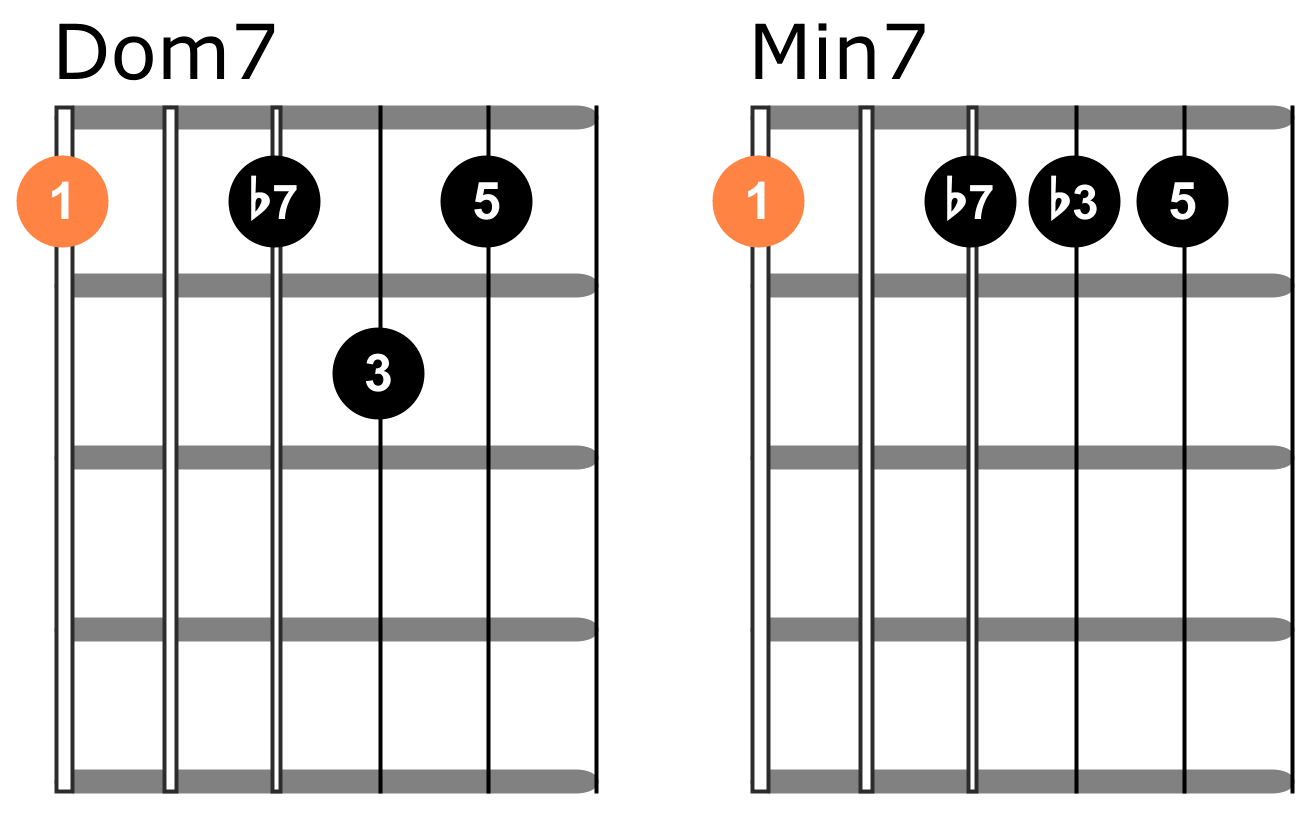 Dominant 7th chords have a primary place in many jazz chord progressions (I-VI-II-V, III and VI-II-V or II-V-I) whose role is to drive to or resolve to the tonic note or chord. There are also obviously present in blues progressions on each degree (I-IV-V).

How Dominant 7 Chords Are Built?

As it is shown in the chart below, dominant 7th chords are built by stacking thirds :

Basically, dominant are chords with just a number, without any “major” or “minor” definition. For example, C dominant 7th will be written "C7".

What Are Drop 2 Voicings?

Drop 2 chords are the most popular chord voicings used in jazz guitar. They are usefull because they don’t stretch your fingers too much.They are built by dropping the second highest note of a four-notes close chord to the bass. Dominant seventh close chord formula is 1-3-5-b7, giving the following drop 2 chord formula 5-1-3-b7.

What Is An Inverted Chord?

The root of an inverted chord is not in the bass. In other words, it means that the notes of a chord are inverted. As you can see in the guitar diagrams above, there can be a third, a fifth or a seventh in the bass.

There are four dominant 7th voicings in the following chart. The first correspond to the root chord. It has its root (R) on the sixth string. This is not a "close position" but an "open position".

Dominant 7th close positions (1, b3, 5, b7) are quite difficult to play because they require an uncomfortable finger placement.

Then, you can see three inverted chords related to the root position. (The notes of an inverted chord are simply played in a different order).

Check out the three diagrams below, they show how top play the four dominant 7 drop 2 voicings on guitar. Each voicing has an assigned colour. Black for the root position, blues for the 1st inversion, red for the 2nd inversion and green for the fourth.

Lowest note on the fourth string

Lowest note on the fifth string

Lowest note on the sixth string

What Are Drop 3 Chords?

These chords are named drop 3 because the 3rd note in a closed voicing has been “dropped”. They are built by taking the 3rd highest note in a closed position chord and lowering it by an octave. Here are four drop 3 dominant 7 voicings related to the eight guitar diagrams below.

Here are four drop 3 dominant voicings with the lowest note on the 5th string. The black notes correspond to the root voicing, the blue notes to the 1st inversion, the red to the 2nd inversion and the green show how to play the 3rd inversion.

Lowest note on the fifth string

The next guitar neck diagram shows how to play the four dominant seventh drop 3 voicings with the lowest notes on the E string.

Lowest note on the sixth string

Drop 2 and 4 chords are very important tools for arrangement, composition and can be useful for chord-melody playing. Drop 2-4 voicings are built by dropping down an octave the second and fourth note of a tetrad chord in close position.

The two guitar neck diagrams below show the four dominant 7 drop 2-4 voicings. The root voicing is represented by the black dots, the first inversion by the blues dots, the second by the red dots and the third by the green dots.