What Are Minor b6 Chords?

A minor flat sixth chord (mb6) is built with four notes, root (1), minor third (b3), perfect fifth (5) and minor sixth (b6). This is a minor triad with a b6 (a minor 6 interval from the root). Minor b6 chords are rarely identified as such, they are not common chords. Almost every time, they have enharmonic equivalents that make more sense in the harmony. For example, Fmaj7/A (most often found in real books and fake books) could be seen as an inversion of Amb6 (check out the diagrams below).

Here is a quick comparison between sixth chords.

The six diagrams below show that minor b6 chords can be considered as maj7 chords with the third in the bass. 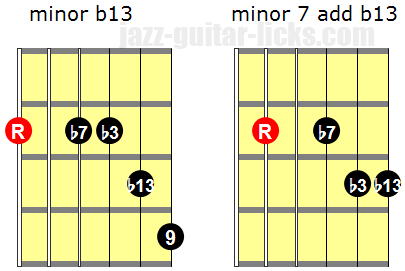