How To Build The Dorian Bebop Scale?

The Dorian bebop scale is a minor type scale so it can be used over minor 7th chords. It's an interesting alternative for those who want to increase their musical language. Most of the time jazz guitar players used the Dorian mode, minor pentatonic scales or some arpeggios to play over a minor seventh chord. Playing the Dorian bebop scale open up new horizons.

You can see in the example below that the D Dorian bebop scale contains a minor third (F), a chromatic passing tone (F#) and a minor seventh (C).

Comparison with the Dorian scale

How To Play The Dorian Bebop Scale On Guitar?

Here is a first Dorian bebop guitar diagram. This is the verision with an additional major third (3) between the minor third (b3) and the fourth (4).

The notes of each diagram a within the space of one octave.

To hear this scale correctly, it is preferable to play these shapes starting with the root (R). Then you you can try to play them starting from the chord tones (R - b3 - 5 - b7).

Playing the corresponding chord after or before is a nice way to bring scales and chords together. 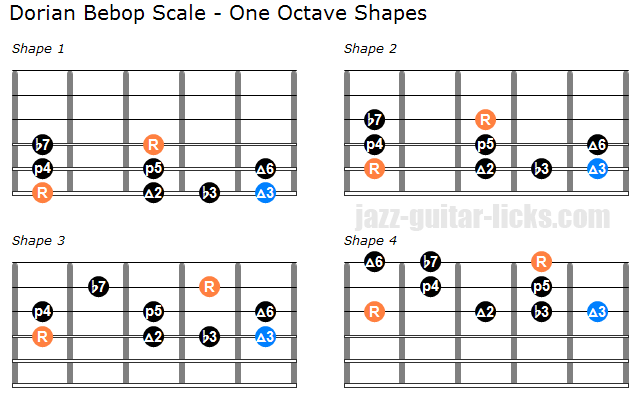 These two diagrams have notes within the space of two octaves.

As explained previously, there are two types of Dorian bebop scales. Here are the guitar shapes corresponding to the second type, the one with a major 7th between the minor seventh (b7) and the root (R). 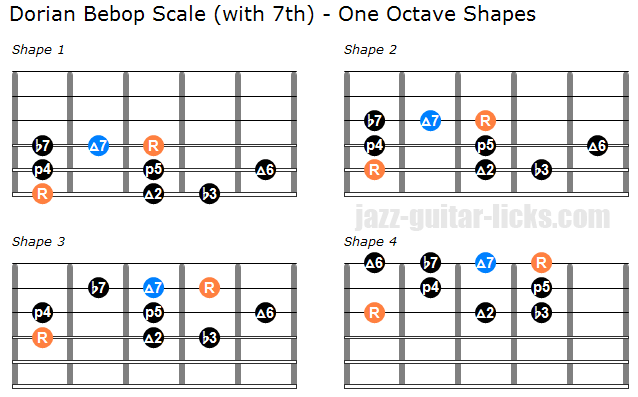 These two guitar shapes show how to play the Dorian bebop scale (with the major 7th) within two octaves. You have to play these shapes in twelve keys and try experiment your own fingerings.

Check out and play these five easy Dorian bebop patterns in D minor. 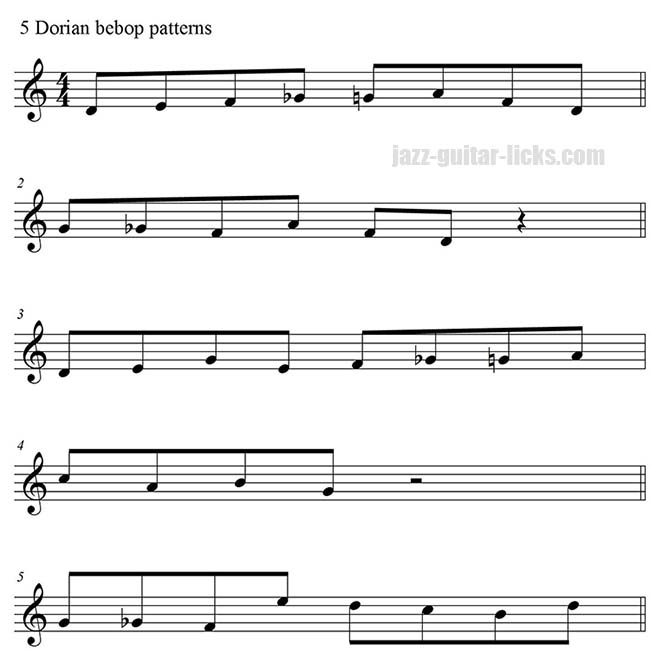