The Lydian b7 scale, sometimes referred to as the overtone scale or acoustic scale is more generally named Lydian dominant scale. It is the fourth mode of the melodic minor scale and a great choice when you want to highlight a sharp eleventh sound (#11) in your jazz lines.

This scale is used in a number of music types as blues, rock, jazz, but above all in jazz-fusion.

The Lydian dominant scale is a nice alternative to the dominant scale when you want to improvise over dominant 7 chords, it allows you to step outside the box. John Scofield, Larry Carlton, Scott Henderson and many more famous jazz-fusion guitarists are fond of this #11 sound.

How to build the Lydian b7 mode?

The Lydian dominant scale is made of seven notes, the formula is Root (1) - Second (2) - major third (3) - Augmented fourth (#4) - Perfect fifth (5) - Sixth  (6) and minor seventh (b7).We can compare it with the Mixolydian mode to observe that Lydian dominant mode has the same notes, but with a raised fourth (#4).

If you are reading this, it means that you know that there are three other important Lydian modes called : Lydian mode from the major scale, Lydian #2 from the harmonic minor scale and Lydian augmented from the melodic minor scale. You can notice that the common feature is the augmented fourth (#4).

Here is a comparative chart including :

Here are two diagrams to play the Lydian dominant scale on the guitar. 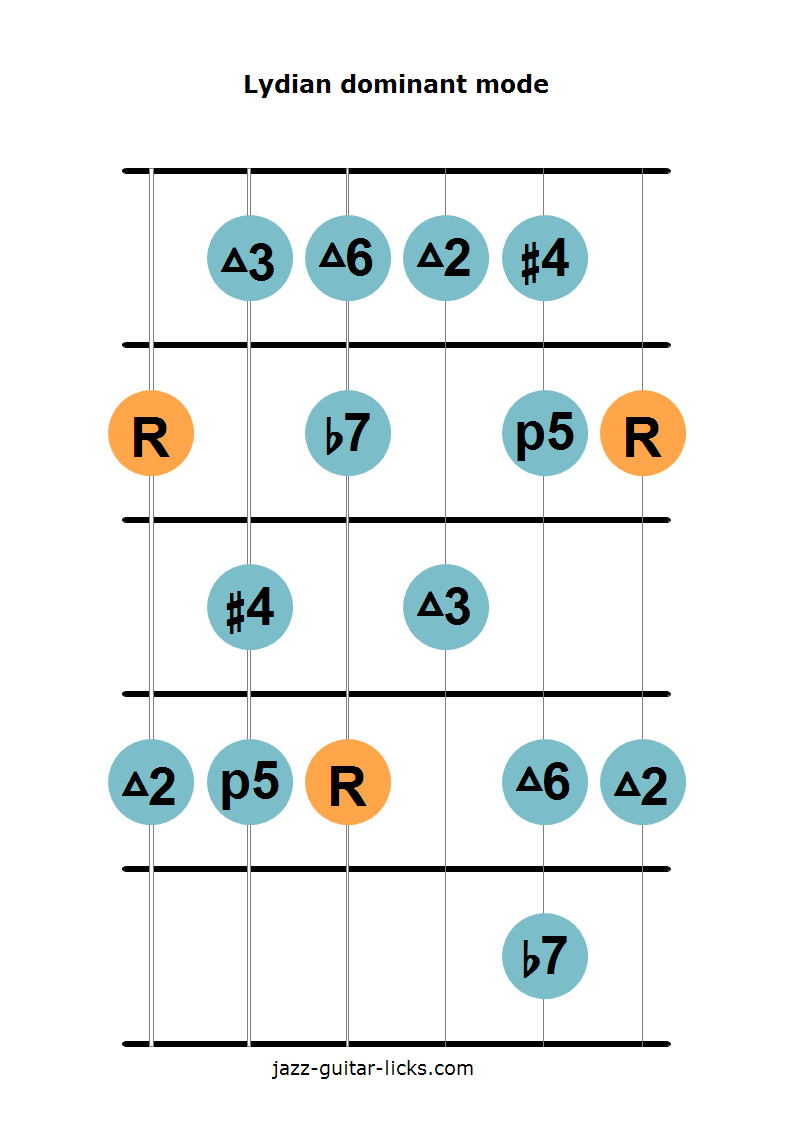 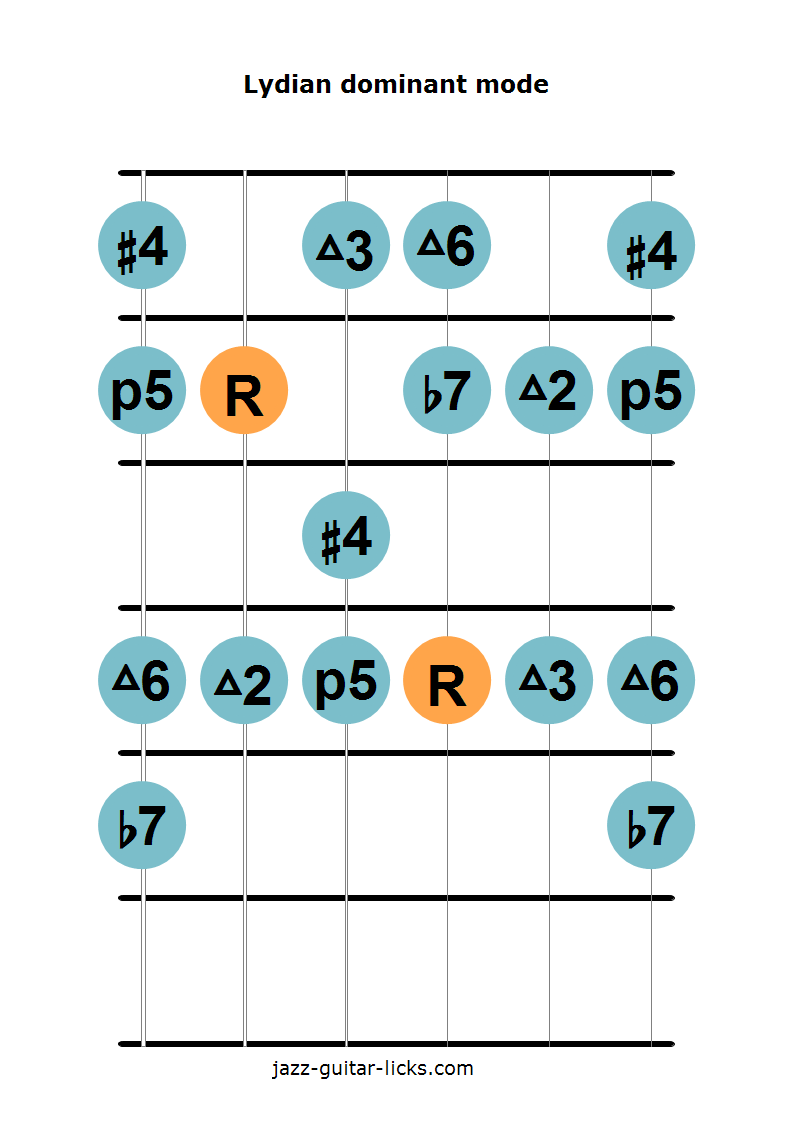