The Mixolydian b13 Scale | Guitar Lesson with Diagrams

What's the mixolydian b13 mode ?

The Mixolydian b13 aka Mixolydian b6 scale is the fifth mode of the melodic minor scale. As its name tells it is precisely the Mixolydian mode with a minor sixth (b6). However, it is sometimes called Aeolian dominant because it is built with the same notes as the Aeolian scale (sixth mode of the major scale) but with a major third (3) instead of a minor third (b3).

Here is a quick comparison of the three main dominant modes found in jazz music, namely Mixolydian b13, Mixolydian and Dominant bebop. The Dominant bebop scale has an extra note, a major seventh (7) between the minor seventh (b7) and the root note (1). 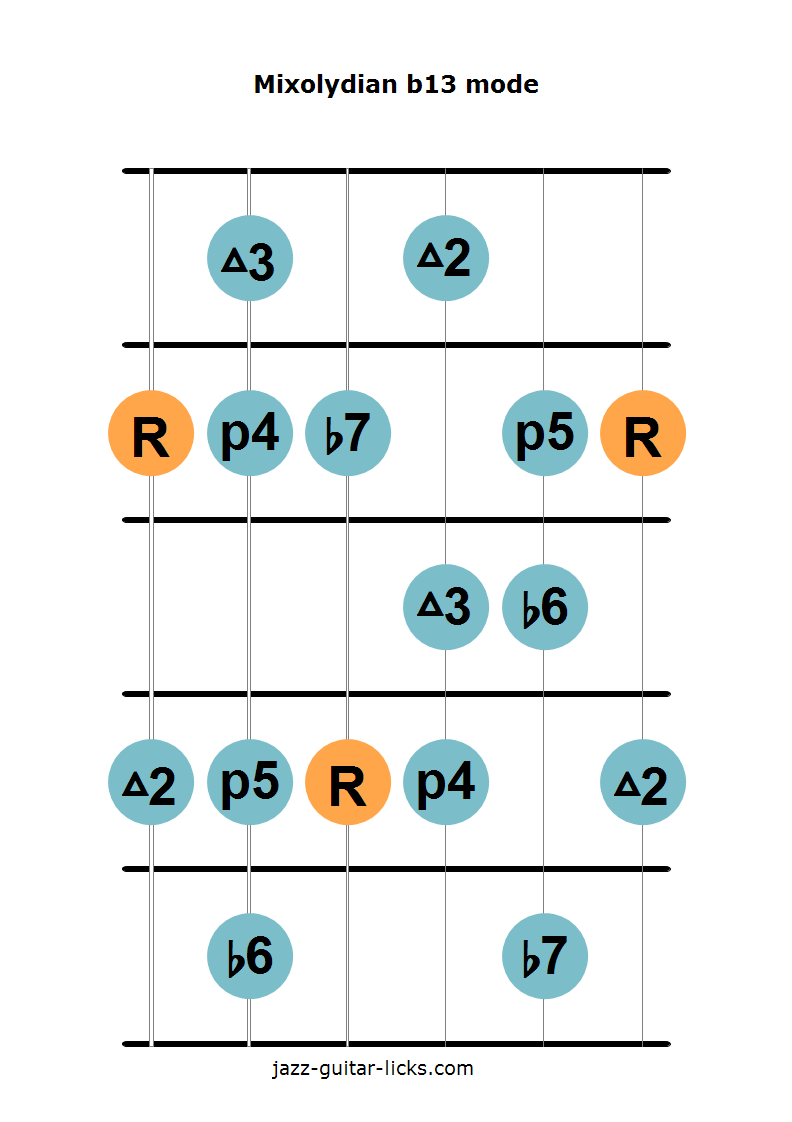 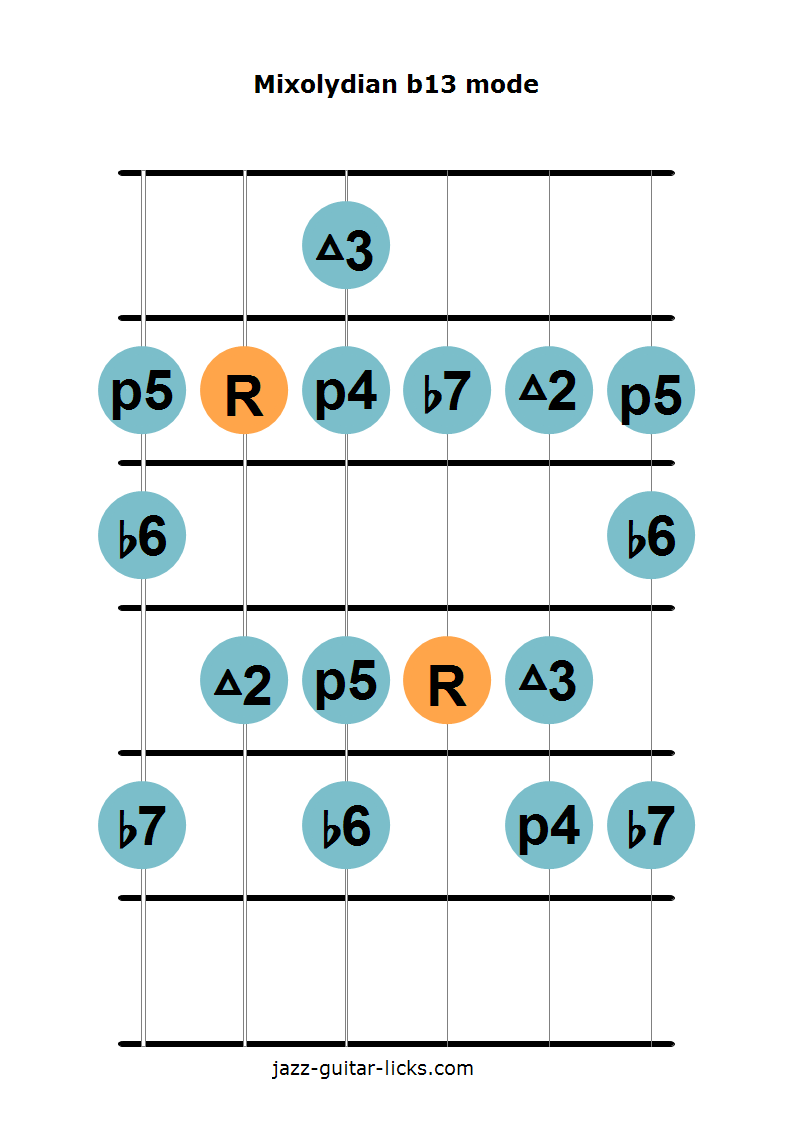