Let's note in passing that it is good to make the difference between a major ninth and a minor ninth. A major ninth (9) is an octave larger than a second (2). That is to say it is an interval built with an octave plus a second (14 semitones). The minor ninth (b9) which is made up of 13 semitones (a minor second plus an octave). 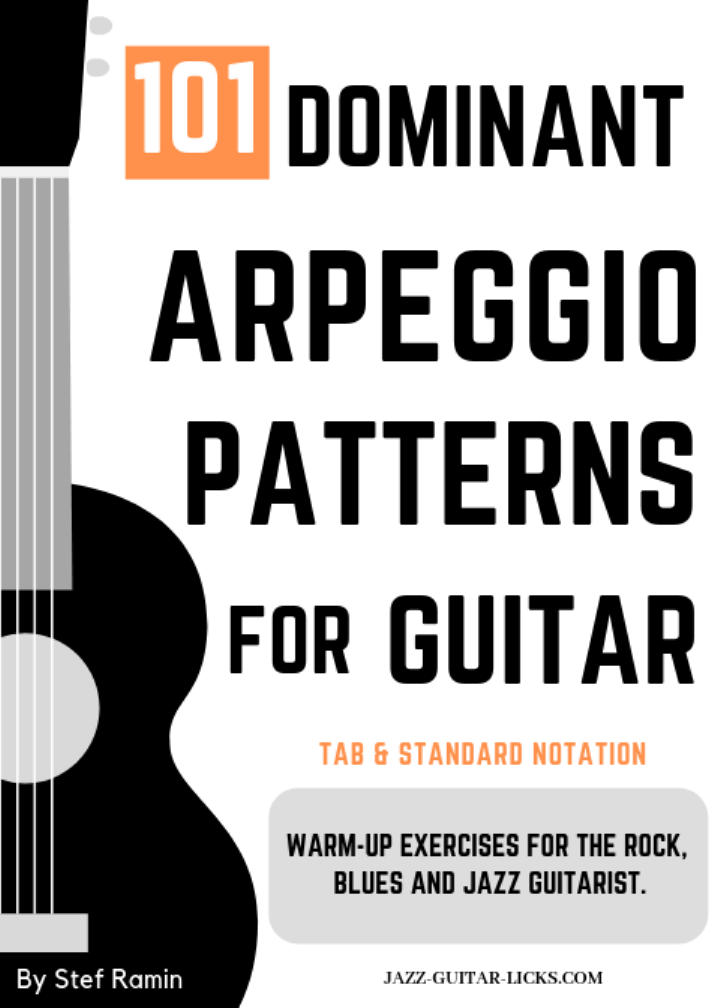 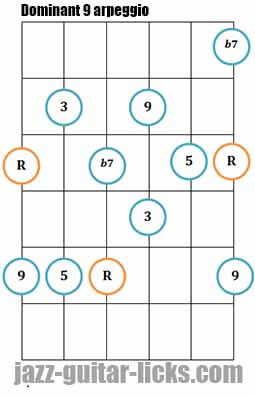 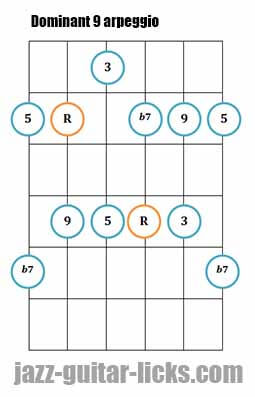 Arpeggio superimposition is a very interesting harmonic concept that enables you to create more sophisticated sounds. This consists of superimposing different arpeggios together. There is a lot to say about that, in this article we will only talk about the two arpeggios that makes a dominant 9 arpeggio. As shown in the example below, a C9 arpeggio contains two arpeggios :

The II-V-I sequence is one of the most popular chord progression in jazz music. Two arpeggios are used in this example : Fmaj7 (F-A-C-E) over Dm7 and Bm7b5 (B-D-F-A) over G7.

In this II-V-I we will be playing notes from the D Dorian mode over Dm7 and a G7 arpeggio over G7.