A minor 6th chord is built with four notes. It is a minor triad (1 b3 5) with a 6th added giving the interval pattern:

Here are the three most used positions.

Difference Between maj6 and min6 Chords

Difference Between min6 and min7 Chords

What's the Difference Between min6 and maj6?

In comparison with major 6 chords, minor 6  have a minor third (b3) instead of a major third (3). 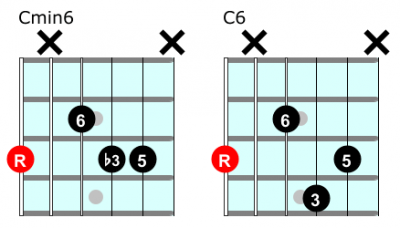 What is the Difference Between a min6 and a min7 chord? 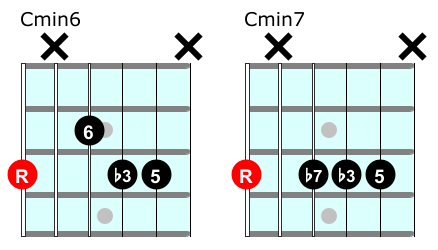 One interesting and useful thing to know about minor 6 chords is that they contain the same notes a m7b5 voicing. Indeed, a half-diminished chord is built the same as a minor 6 chord three semitones higher. 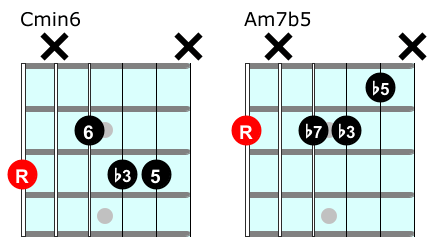 The chart below show the 4 voicings related to the 12 minor 6 guitar chord shapes below. These positions are based on the drop 2 minor seventh guitar chords. By comparing them, you will see that the sixth has simply replaced the minor seventh. 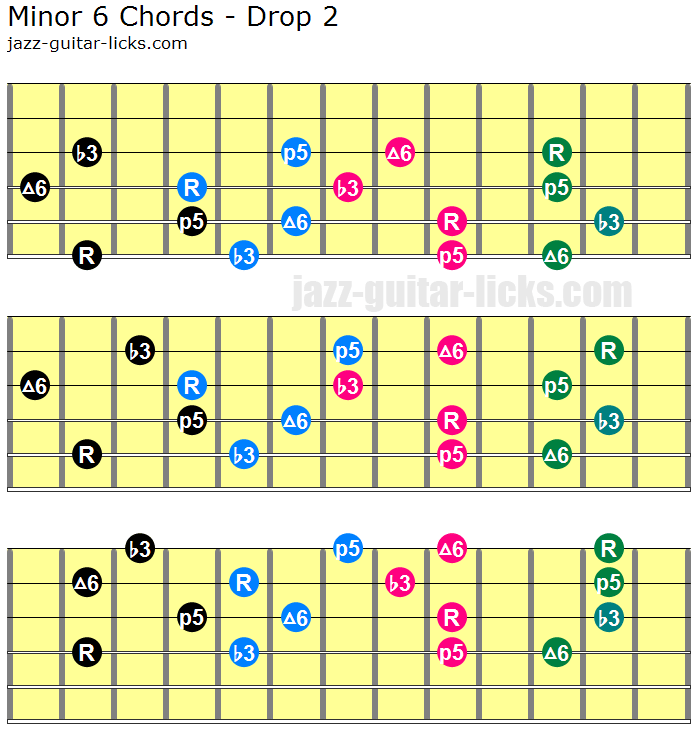 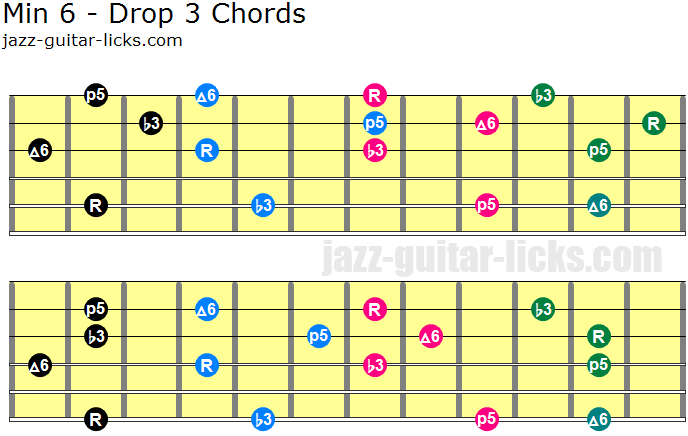