The Locrian mode is usually played over minor seventh flat ninth chords (m7b5), in a minor II-V-I sequence for example.

Basic Application of The Locrian Mode

Modes of The Major Scale - Click To Get The PDF

How to play the Locrian mode on guitar?

The four guitar shapes show how you can play the Locrian scale starting on the sixth, fifth, fourth or third string.

For a better understanding of this mode, it is recommended to play these patterns starting with the root note (R). The root is a very important note which gives its name to a scale. 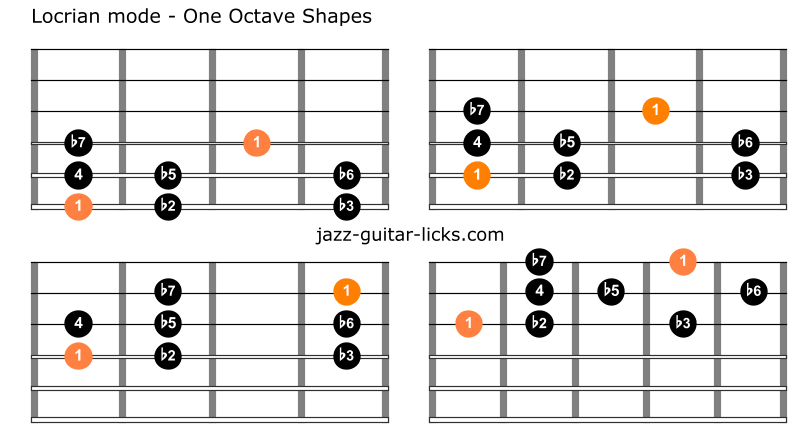 To practice the Locrian mode in different keys, you just have to move the root (R) to the desired tonality  keeping the same intervals. 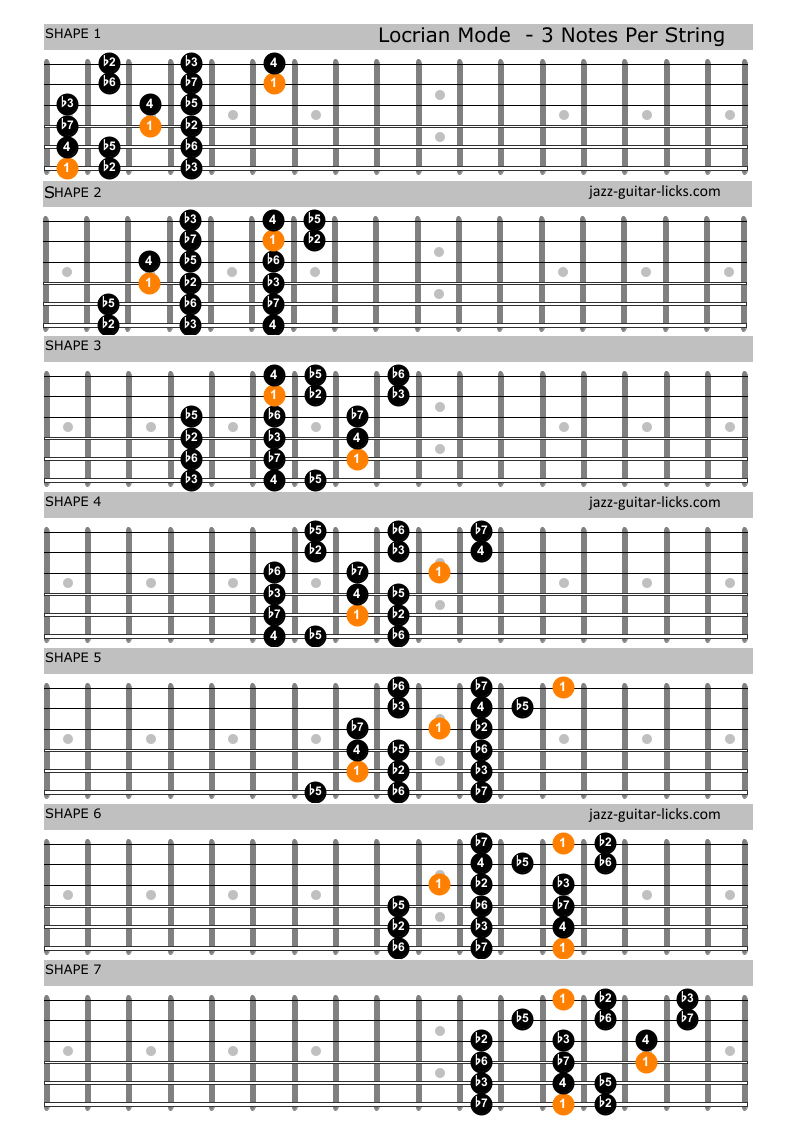 How To Play the Locrian Scale in 12 keys?

It can be interesting to compare the Locrian scale with four others Locrian modes.

How to Build Chords and Arpeggios From the Locrian Mode

The Locrian mode is basically used over half-diminished chords (m7b5) however, these chors are rarely employed. So, you have to know that a half-diminished arpeggios can be used to highlight the ninth (9) of a dominant 7th chord.

For example, you can play a E half-diminished arpeggio (E-G-Bb-D) over a C dominant seventh chord (C7) starting from its third.

Another common jazz trick is to apply a half diminished arpeggio to a minor seventh chord starting on the third of this chord. This technique allows to highlight the thirteenth of a minor chord.

How to Play a Half-Diminished Arpeggio in a II V I progression?

As you can see the four notes in orange in bar 1 represent this arpeggio. In this example, it is inverted, it starts with the third (D) which is the root of D minor seventh.

How to Use the Locrian Mode in a Minor II V I Progression?

We can see in this minor II-V-I chord progression the basic application of the Locrian mode over a Dm7b5 chord.