The Locrian #2 scale also called Aeolian b5 or Semi Locrian is the sixth mode of the melodic minor scale. The formula is 1 2 b3 4 b5 b6 b7. It is a nice choice when you want to play over a half-diminished chord (m7b5) precisely in a minor II-V-I sequence. Indeed, playing the Locrian #2 mode in place of the Locrian mode brings a touch of modernity.

In comparison with the Locrian mode, the seventh mode of the major scale, the Locrian #2 mode as a major second (2), also referred to as major ninth (9). Instead of flat 2 (minor second), the second is raised in order to be natural.

Since there are three Locrian modes it is important to not confuse them. You can see in the chart below the Locrian 13 mode, also called Locrian natural 6 mode. It is the second mode of the harmonic minor scale. It contains a minor a natural 6 instead of a flat sixth common point of the two other Locrian modes. 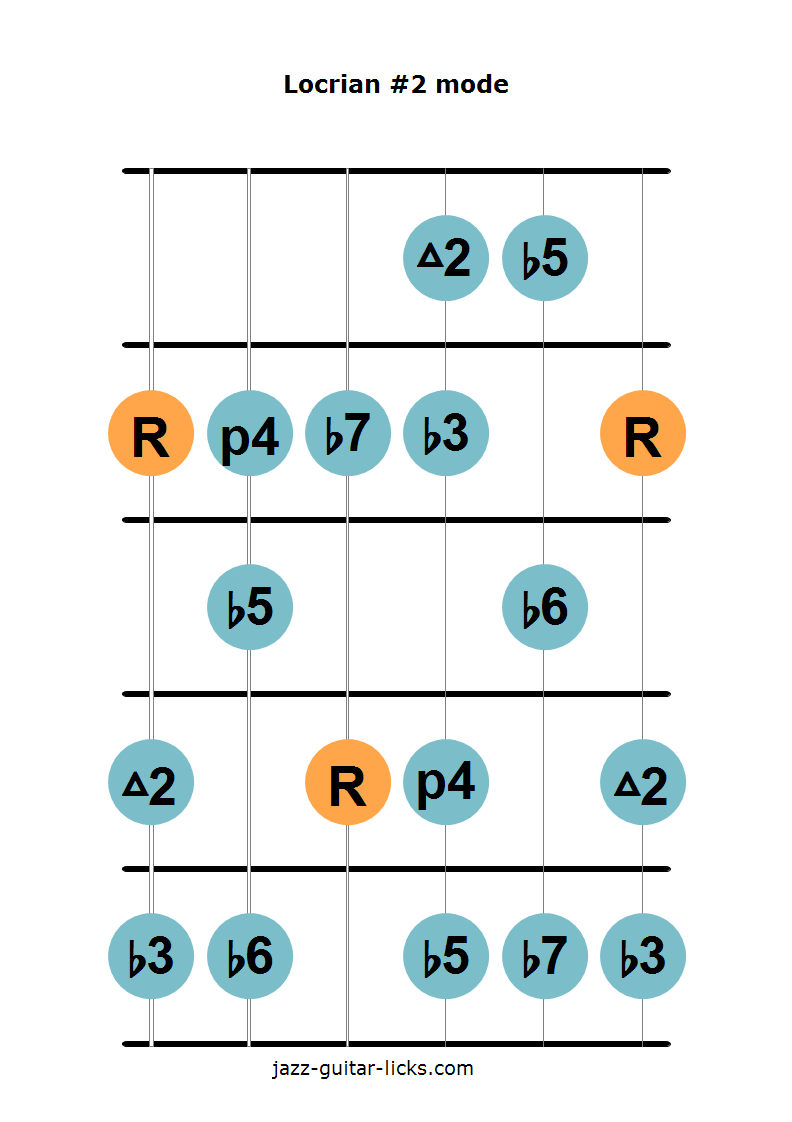 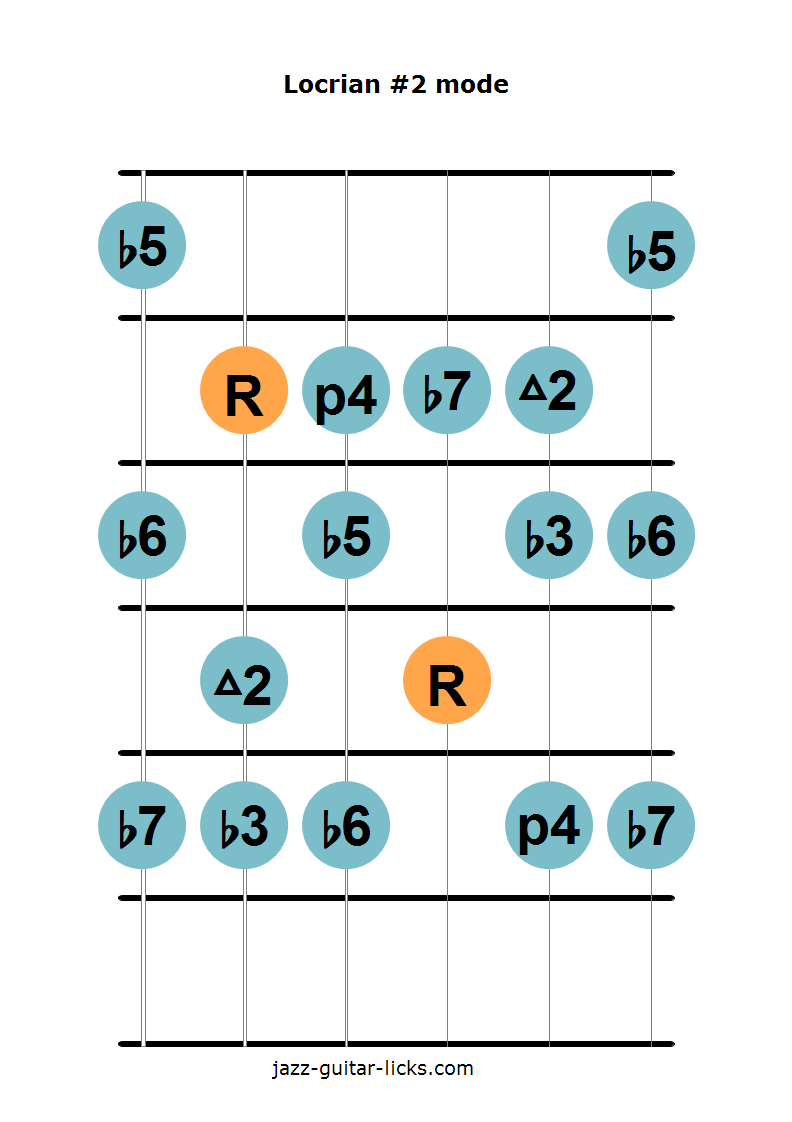