The Phrygian b4 mode - Guitar Shapes and Theory

What's The Phrygian b4 Mode?

This lesson is about the Phrygian b4 scale aka Phrygian b11 or Indian scale or Phrygian diminished 11 known as the third mode of the harmonic major scale. It is made up of a root (1), minor second (b2), minor third (b3), flat fourth (b4), perfect fifth (5), minor sixth (b6) and minor seventh (b7).

It is one of the most used modes of the harmonic major scale, particularly over dominant chords when you want to add a bit of tension. Indeed, the Phrygian b4 mode contains three altered tones that are: b9, #9 and b13.

You will see in the chart below that there are similarities with the altered scale, the fifth mode of the melodic minor scale.

Here is a quick comparison with the Phrygian scale, third mode of the major scale. You see it is built with a perfect fourth (4) instead of a diminished fourth (b4).

Comparison With The Altered Scale

The altered scale is the seventh mode of the melodic minor scale. It has a major third and a diminished fifth.

Now you need to learn the two guitar shapes below. The first graphic show the position with roots on the 1st, fourth and sixth strings. The second has roots on the fifth and second string. The important thing here is that you know the forms very well, that you transpose them in all twelve keys and that you associate each one with its proper chord. (7b9, 7b13, 7#9). 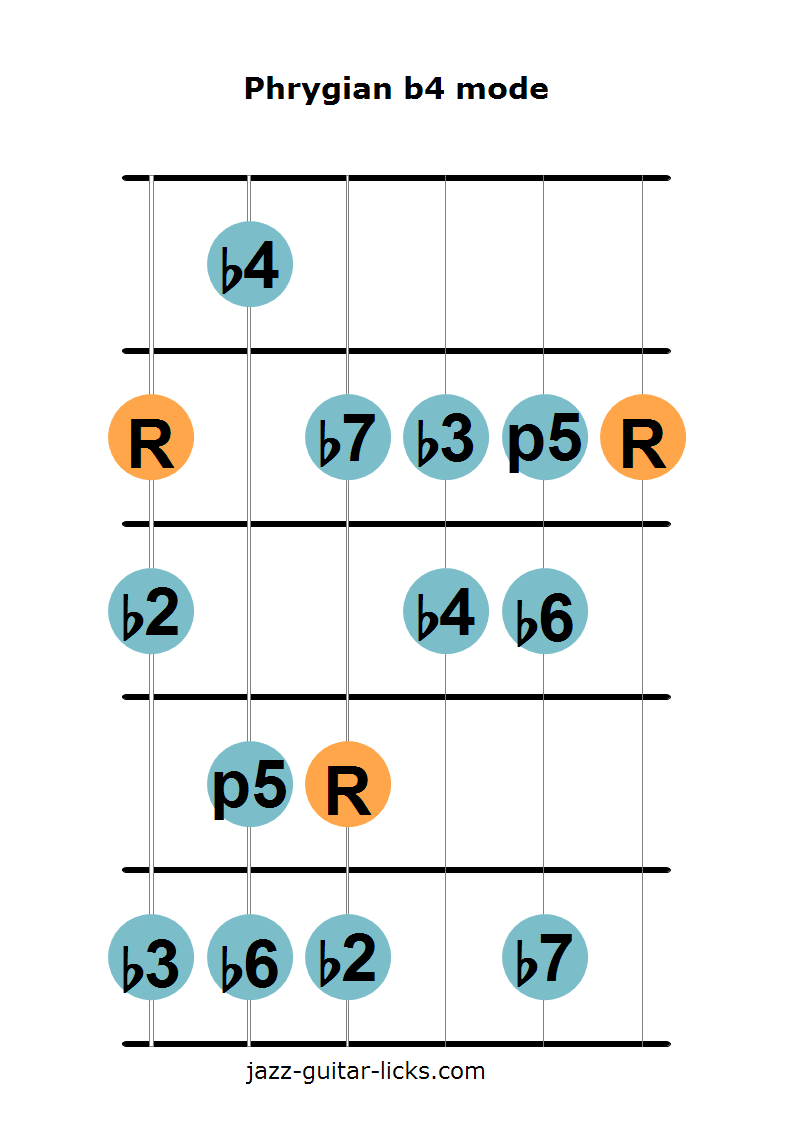 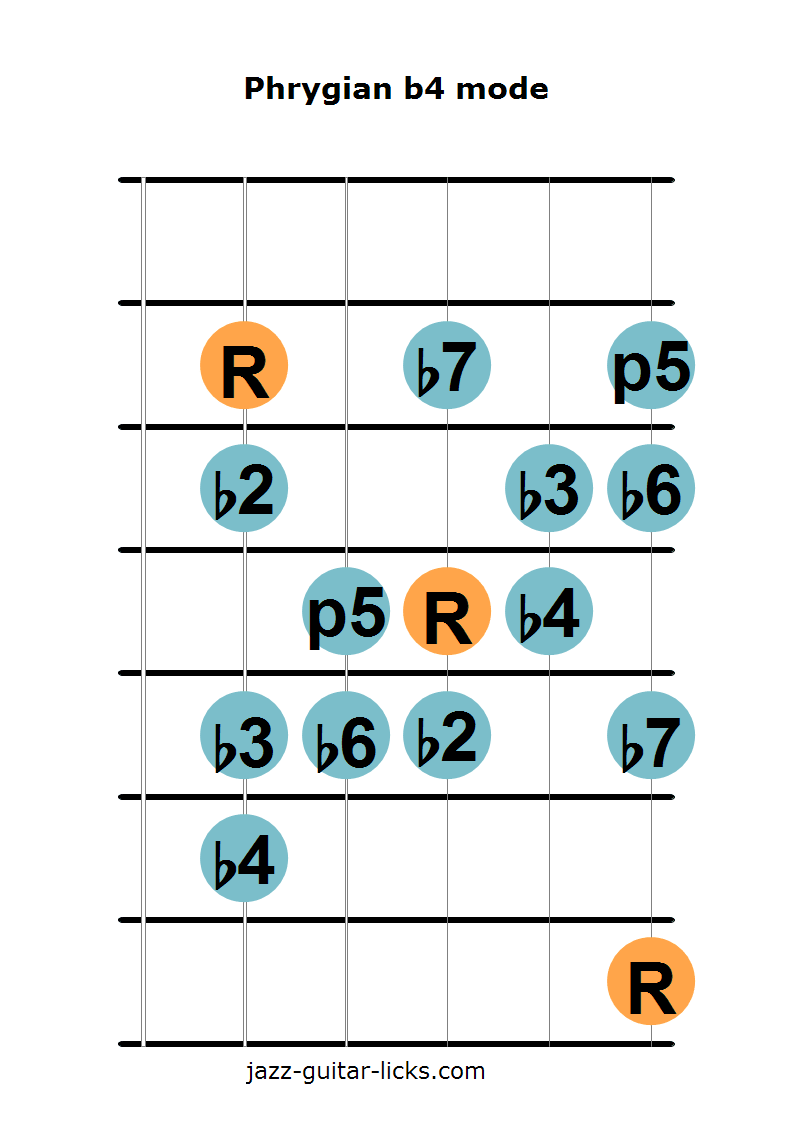