The Altered Scale, sometimes referred to as Super Locrian mode, Locrian b4 or Diminished Whole-tone, is the seventh mode of the melodic minor scale. The formula is 1 (root) - b2 (minor second) - b3 (minor third)  - b4 (diminished fourth) - b5 (diminished fifth) - b6 (minor sixth) and b7 (minor seventh). When played over dominant 7 chords it highlights altered notes (hence its name) as b9, #9, b5, #11 and b13. 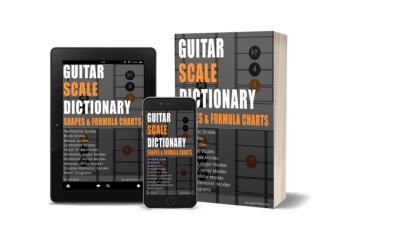 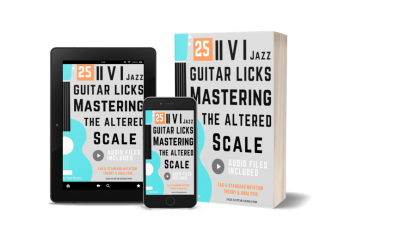 The Altered Scale is sometimes used to solo over Dominant chords to create tension in jazz lines indeed, it contains one altered fifth (b5), two altered ninth (b9 and #9) and one altered thirteenth (b13).

How To Play The Altered Scale On Guitar?

There are many ways to play the altered scale on a guitar. However, here are some suggested patterns. Remember that you have to learn and transpose them in all twelve keys by moving the tonic to the desired note keeping the same intervals. 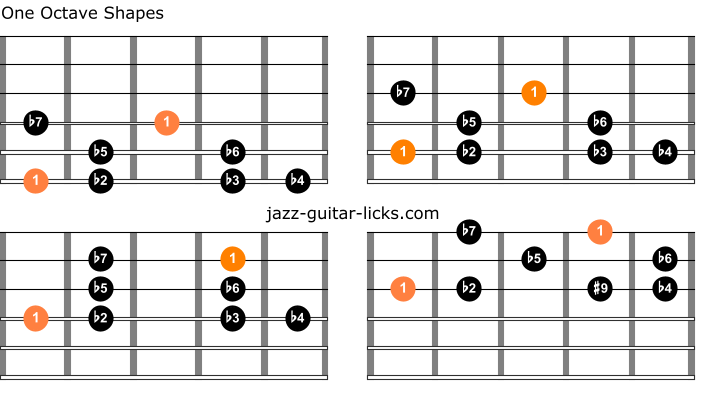 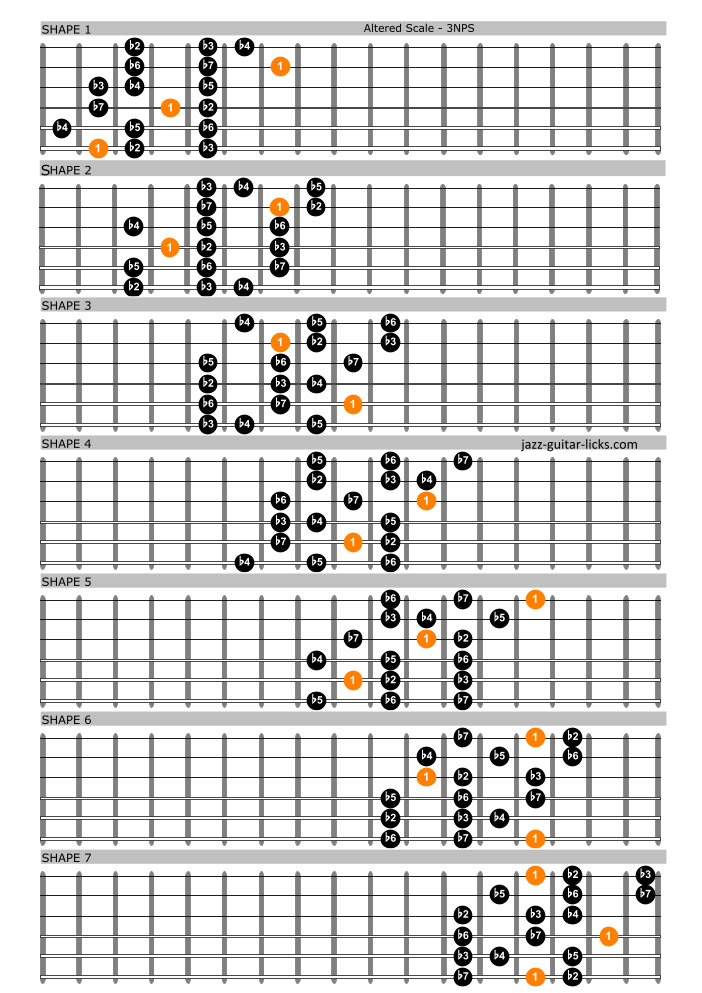 The altered scale is so-called because it contains all four common altered notes generally used to add tension when soloing over a dominant chord. These four notes altered notes are b9 - #9 - b13 - b5.

Altered chords are generally simplified and written "ALT", for example G7b5 or G7b13 can be written G7alt. There are many possible combinations of altered chords because it's very difficult to play all of those altered notes in a same chord at the same time. So, the choice is yours, you are free to add one or two extensions to your altered chord, which could give several options :

Here are some guitar neck diagrams of altered chords that fit with the altered scale. 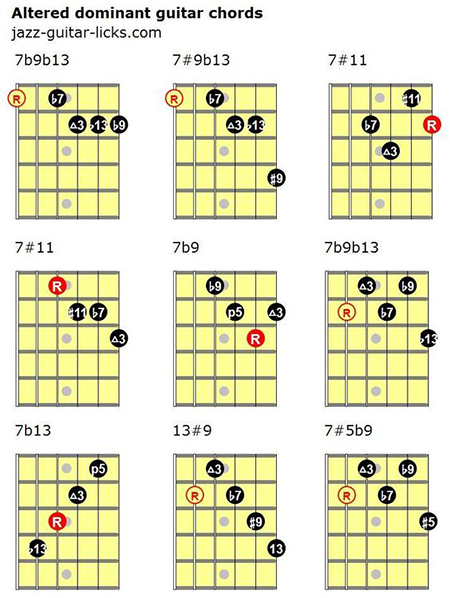 In this example, we will apply a minor triad on G7alt to create a strong pull towards CMaj7. Playing a minor triad starting on the b9 of a dominant chord highlight some interesting altered notes as the b9, b13 and #9.

This means that in a II-V-I progression in C major you can play an Ab minor triad over G7alt. If you have carefully read the previous section of this lesson named "RELATIVE CHORDS" you will understand that you can play a G7b9 chord, or a G7b13, a G7#9 or even a G7b13#9.

You are probably wondering what's the dominant pentatonic scale. It contains the four notes of a dominant chord namely root (1), major third (3), perfect fifth (5) and minor seventh (b7) with a supplementary note, the second (2) which can be seen as the ninth (9).

The following example takes a major II-V-I progression in C major. You can notice the use of the Db7 dominant pentatonic scale over G7. This creates an interesting sound and a bit of tension.