The Dorian b2 Mode - Lesson with Guitar Diagrams and music theory

Understanding the Dorian b2 scale

What's the Dorian b2 mode ?

The Dorian b9 mode is generally played over minor chords (m7, m11, m6) but can also be used over dominant 7 (sus4b9) chords (check out the example below)

What are the differences between the main Dorian modes

As it is shown in the chart below, there are several Dorian modes. It is important and useful not to confuse them.

How to play the Dorian b9 scale on the guitar

It is important to memorize the interval pattern and which jazz minor scale it comes from. For example, if we take the D dorian b2 mode (D-Eb-F-G-A-B-C) we can see it is the second degree of C minor melodic scale. This allows you to group similar scales together. The following neck diagrams show you how the Dorian b9 looks like this on the guitar fretboard. 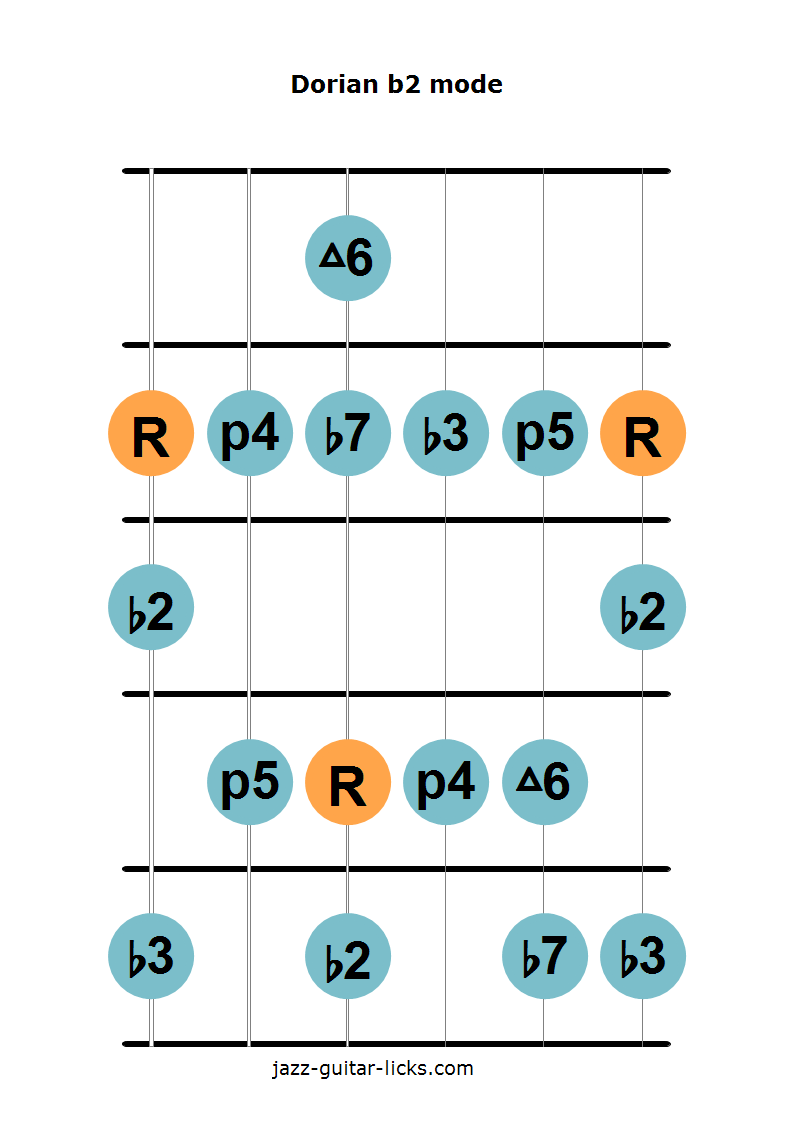 The Dorian b9 mode can be used over the V of a II-V-I sequence to bring a little bit of tension to your line. This way you will highlight the b9, #9 and 11 of the dominant chord. As you can see in the example the G dorian b2 scale (G-Ab-Bb-C-D-E-F) is played over G7alt.

II-V-I sequence with Dorian and Dorian b2 modes