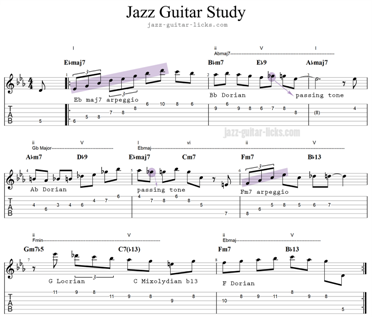 This short jazz guitar study with tab, score and chord charts provides some easy jazz lines to apply over three common chord progressions found in jazz. These licks will help you better understand what scales and modes can be used over basic chord changes. You'll find a link to the free PDF at the end of this lesson.

This is an 8-bar chord progression containing three important chord changes that are :

Here is the chord progression analysed:

Here are some basic guitar chord shapes related to this study. Get more choice of chord voicing shapes in this PDF method for guitar.

Now let's talk about the scales, modes and arpeggios used in this exercise: 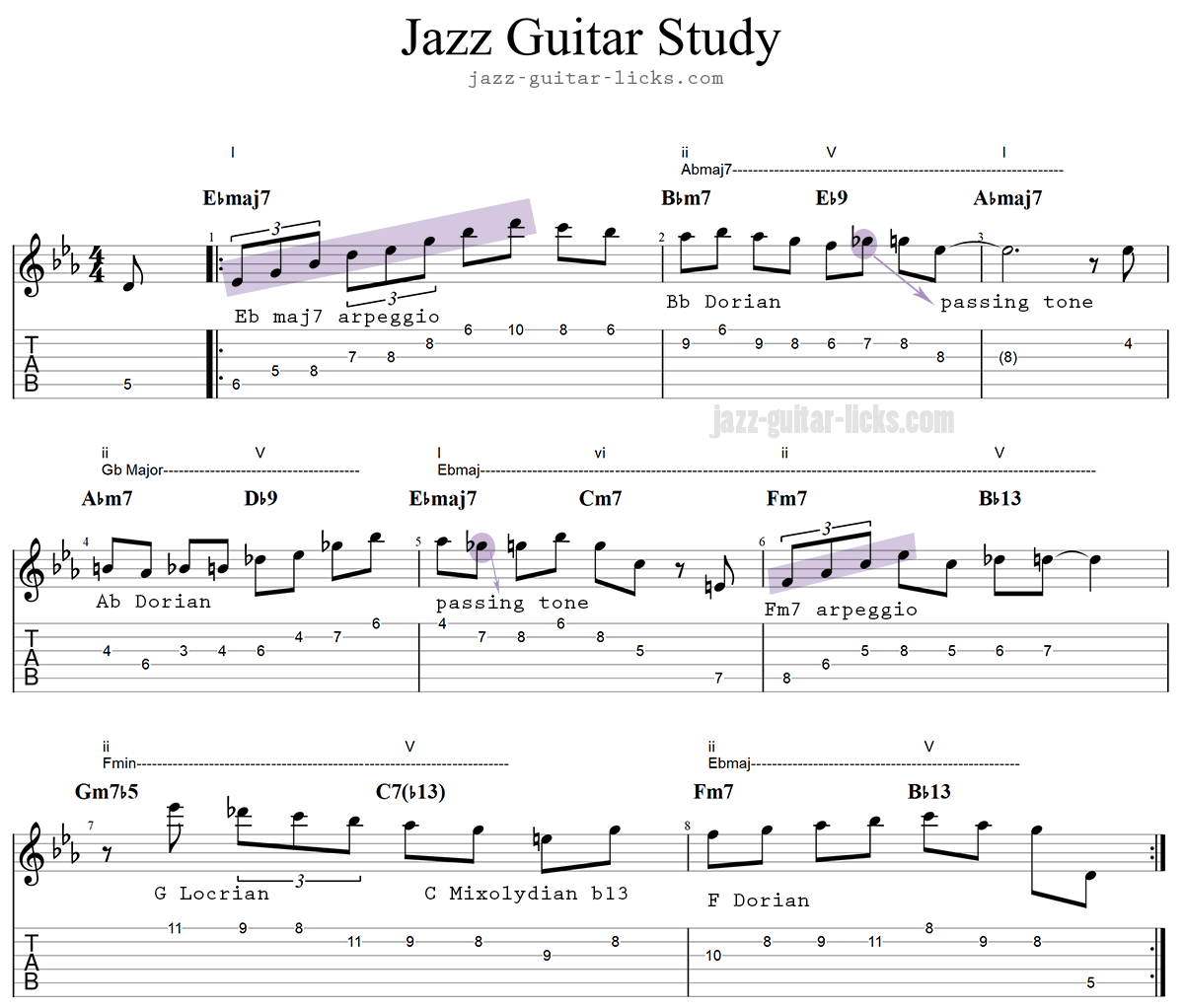 This lesson is available for free as a PDF on Jazz Guitar Licks GUMROAD shop.