This guitar theory lesson covers a very important topic that any musician must know : How To Harmonize The Natural Minor Scale? In other words, you will learn how to build triads and seventh chords starting on each note of the natural minor scale.

The minor scale is also referred to as the (Natural Minor Scale), which is actually the sixth mode of the diatonic major scale called Aeolian mode.

This chart show the relative minor scale of each major scale.

Let's tackle the main subject of this lesson which is to harmonize the natural minor scale in thirds. The principle is simple, it is to stack thirds (major or minor) on each note of the minor scale. When stacking three thirds you get three types of triads : minor (1 - b3 - 5), major (1 - 3 - 5) and diminished (1 - b3 - b5). 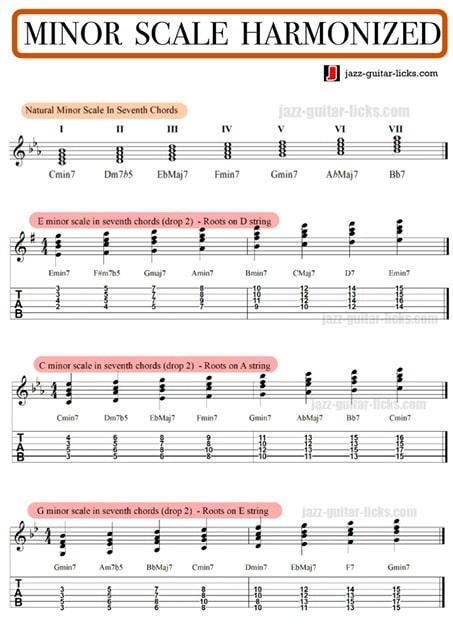 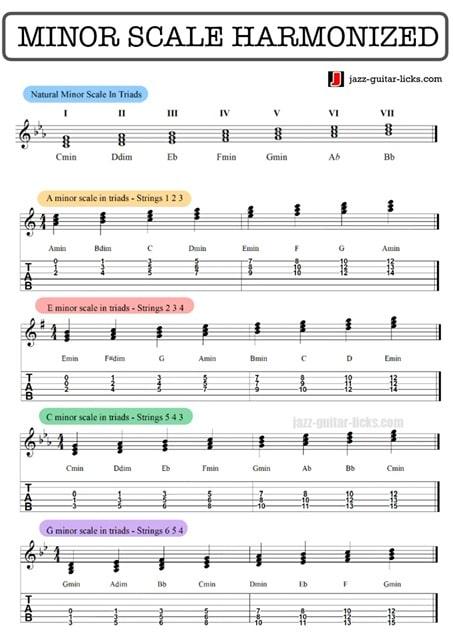 When adding a supplementary note on the top of the previosu triads, a third away from the highest note, you get four types of seventh chords that are :