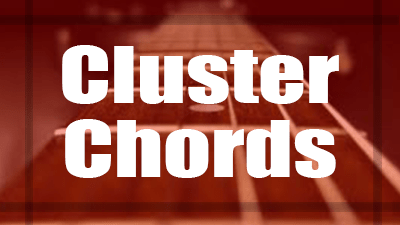 Cluster Chords On Guitar - Theory And Exercises With Tabs

This guitar lesson with tabs and theory is about cluster chord voicings. These are chords in which at least two notes are grouped together in order to create a sort of dissonance.

Cluster chords are sometimes quite difficult to play on guitar but they have a very interesting sound widely used in comtemporary jazz and neo-soul music.

► What Are Cluster Chords

What Are Cluster Chords?

Theoretically, a cluster is built when adjacent tones of a scale are played at the same time. Cluster chords contains three or more notes bunched together, these notes are 1 or 2 semitones apart. The result is a modern sound, slighly dissonant in certain situations.

Cluster chords are quite easy to play on piano cause the notes are close to each other therefore, piano players can play more than three notes. That is not the case for guitarists indeed, playing more than three notes requires to stretch the fingers. That's the reason why this lesson is about three-note chords only.

First lets' take see how three-note clustered voicings are built. There are two main versions here they are : 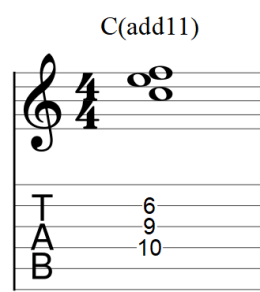 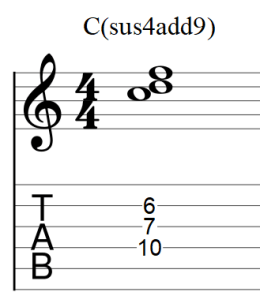 It is possible to create 3-note clusters including a seventh. Here are two options : 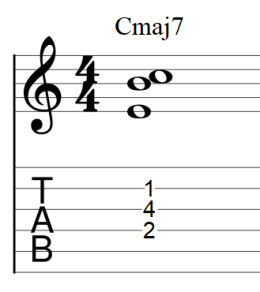 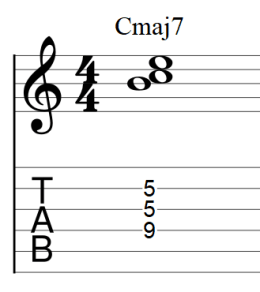 You will notice that there no fifth in these two voicings.

Now let's built 3-note clustered chords from each note of the diatonic major scale (C major for the example) starting on the 4th and 3rd string of the guitar.

The progression below starts on the degree I (C). Each degree of the major scale is harmonized by stacking a third and a second:

The following sequence starts on the fourth chord of C (F Lydian).

This 3-note chord cluster implies stacking a second and a third on each note of the diatonic major scale. This voicing highlights the 9 and 11 of each chord :

Here are the same chords starting from F on the fourth string.

The next four progressions are made of 3-note clustered chords (key of C) including a seventh. The formula 3 7 1 implies stacking a fifth and a second on each note of the major scale.

The exercise below starts on the 5th degree of C which related to the G Mixolydian mode. Be aware that the root of each chord is no longer the bass note. The root note is at the top of the chords, giving inverted voicings (with the third in the bass).

The next example starts on the degree I (C). Bass note on the fourth string.

Here is another three-note clustered chord formula implying a seventh. It consists in stacking a second and a third on each note. This first example starts on degree I (C), root note in second step, bass note on the fourth string.

This last progression starts from A (Aeolian) on the D string.

The two following exercices are based on the formula 7 2 (9) 3. These voicings have no roots and highlight the ninth of each chords, e.g in C major :

How To Use Chord Clusters On Guitar?

Here are five basic II V I exercices to improve understanding how to use cluster chords. The first tab contains two 1 3 4 voicings (Dminadd11 and Gadd11).