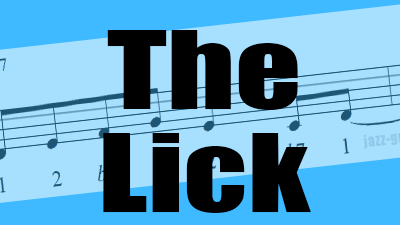 "THE LICK" - Guitar Lesson With Exercises

"The Lick" is considered as the most famous phrase in jazz music (and also in other styles). It has been played so many times, by so many players, in so many tunes that it has become a cliche.

Although there are a significant number of common jazz lines, this one is surely the most popular, an essential part of the Bebop language.

This guitar lesson with tabs, charts and theory explains what is "The Lick", how it is built and how to apply it in different harmonic contexts.

Analysis of "The Lick"

The last note which is actually the root (D), is approached from above and below by E and C. This is what we call a "Diatonic Enclosure".

The second half of the bar starts with a down-beat on 3 and ends on the “and of 4”.

Basically, "the Lick" can be employed over minor chord types (min, m7, min9, min11 and min13). Here are some common guitar shapes.

"The Lick" in Twelve Minor Keys

The guitar tab below show how to play "the lick" in 12 minor keys following the cycle of 5ths. 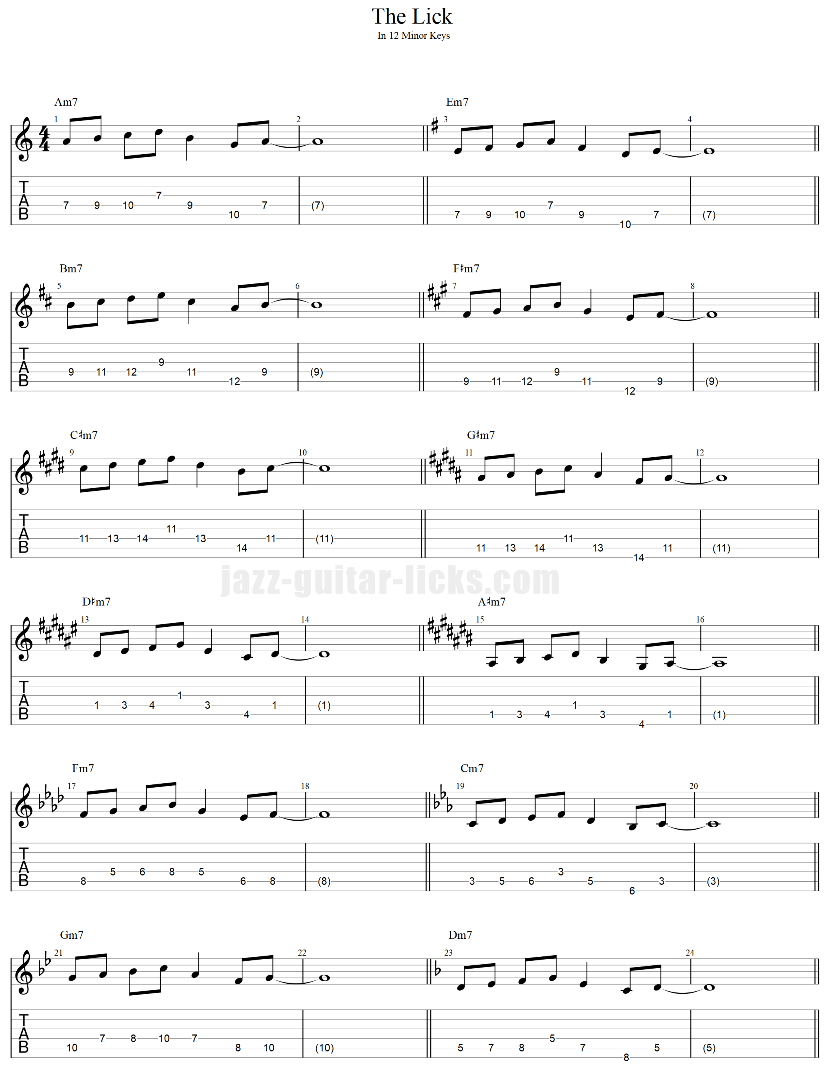 Variations On The Lick

Here are some ideas to make evolve The Lick. There are several tools and guitar techniques that help to embellish the basic line as grace notes, passing tones, rhythmic varirations, etc.

Try adding one or both of these chromatic approach note using fretting hand guitar techniques as slides, hammer-on, pull-off, bends.

These two exercices contains passing tones that make the link between two notes of The Lick. In the first example, C# makes the link between C and D repectively the minor third and fourth of Am7.

This second example contains an extra note (G#) between G and A.

Here, some chords are integrated in The Lick. The first chord is an inverted Em (third in the bass), the second chord is an Am.

Adding a pickup note adds a little bit of dynamism to the Lick.

"The Lick" Over Common Chord Progressions

The following show how to play the lick in different harmonic contexts.

Modal Progression - So What Style

Here is a modal example in the style of So What (Miles Davis). The lick is played in Dm7 then in Em7, included fourth chords (Em7add11, Dm7add11 and F#m7add11). 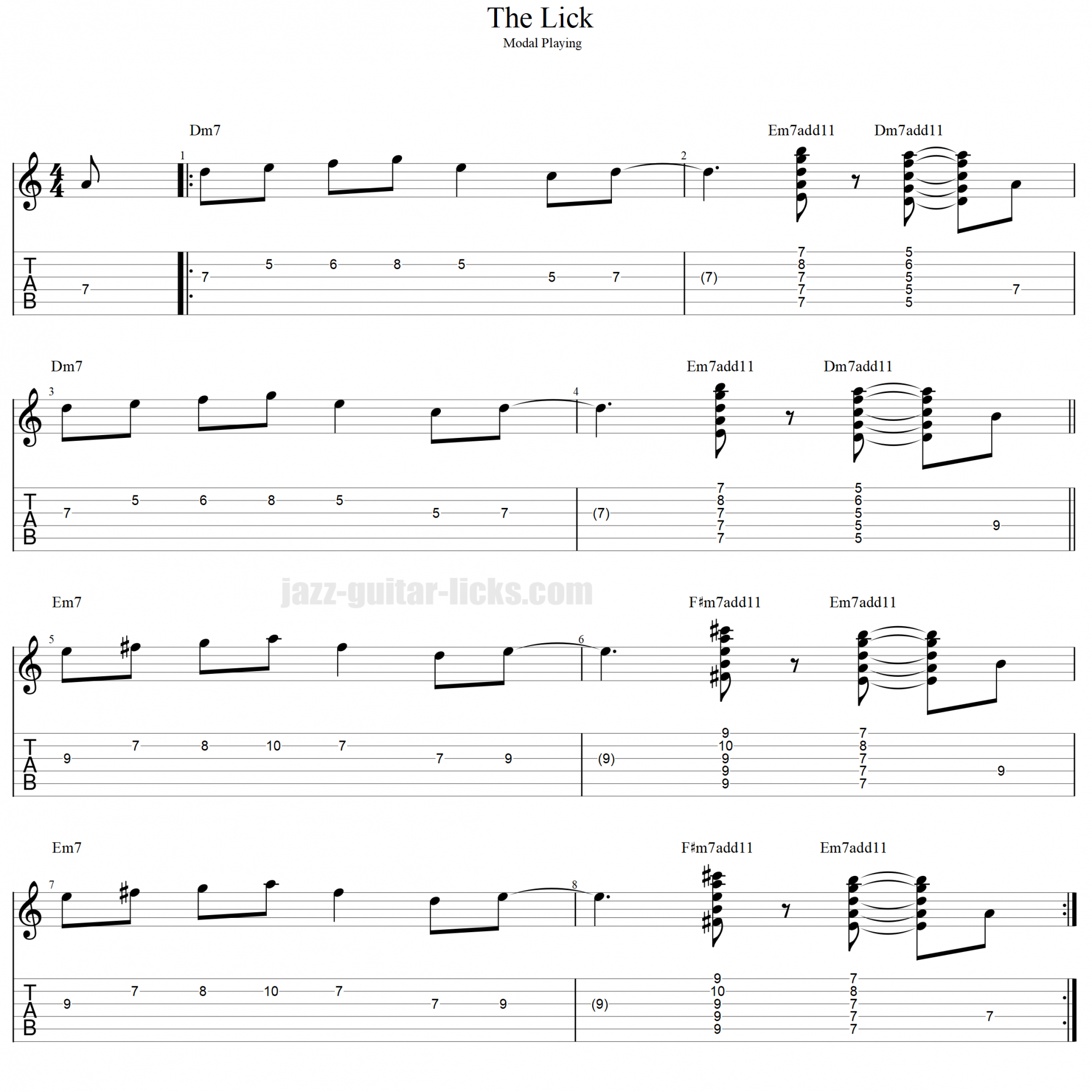 Here, The lick is played over Dm7, the ii chord of C major. The ii V I progression being Dm7 G7 CMaj7.