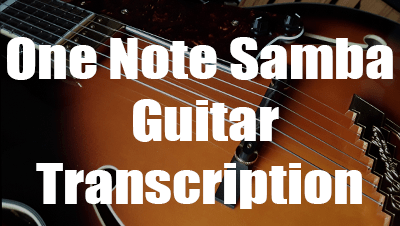 One note samba is a song composed by Antonio Carlos Jobim. The title refers to the main melody of the song, which consists of a serie of identical notes (F and Bb in this arrangement for guitar) with a syncopated rhythm typical of bossa nova and a number of chords typical of this genre.

The A section is a repeated four-bars line including four chords (D-7, Db7, C-11 and B7b5) that move downward by half steps.

One Note Samba - Guitar Transcription With Tabs and Standard Notation 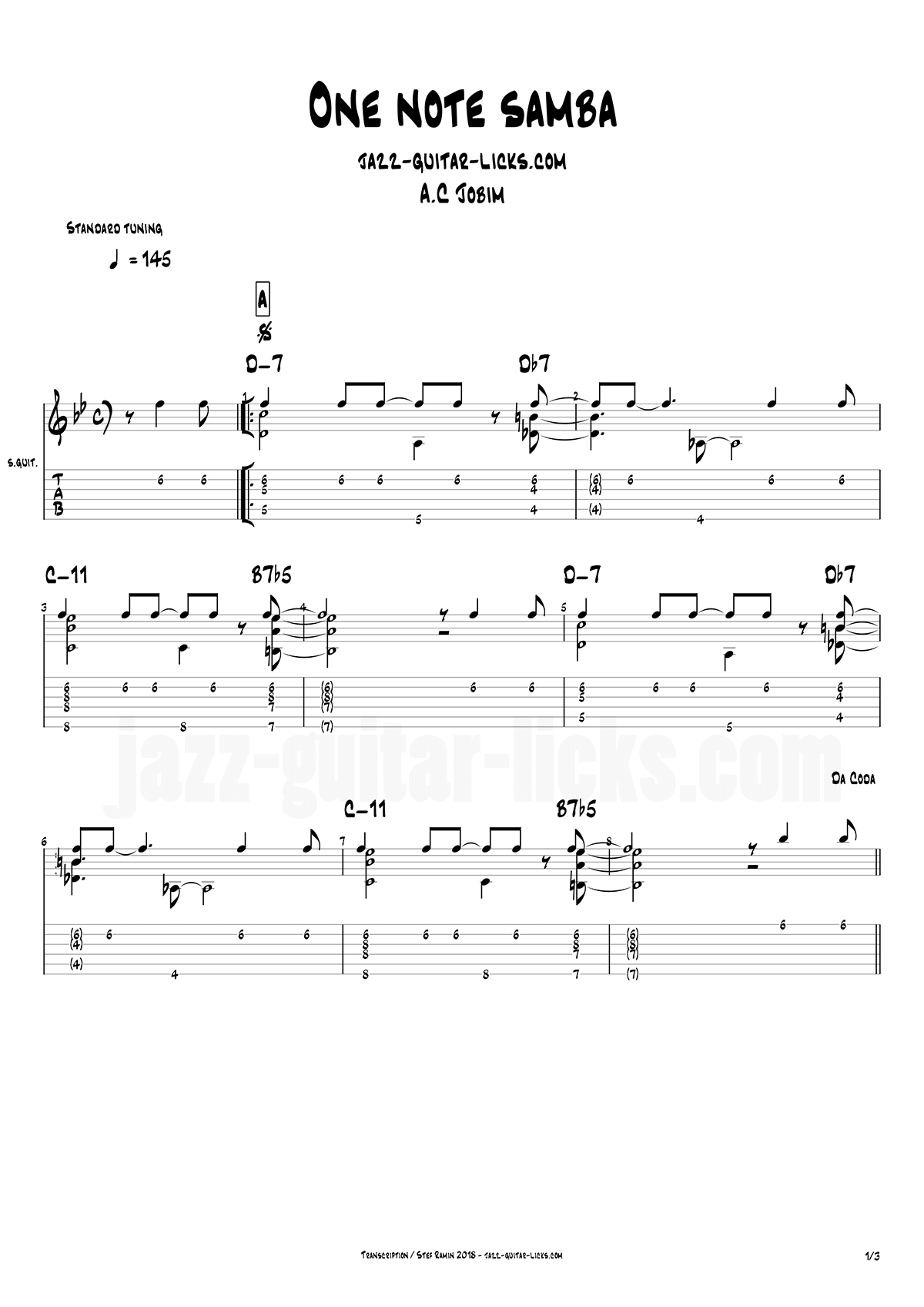 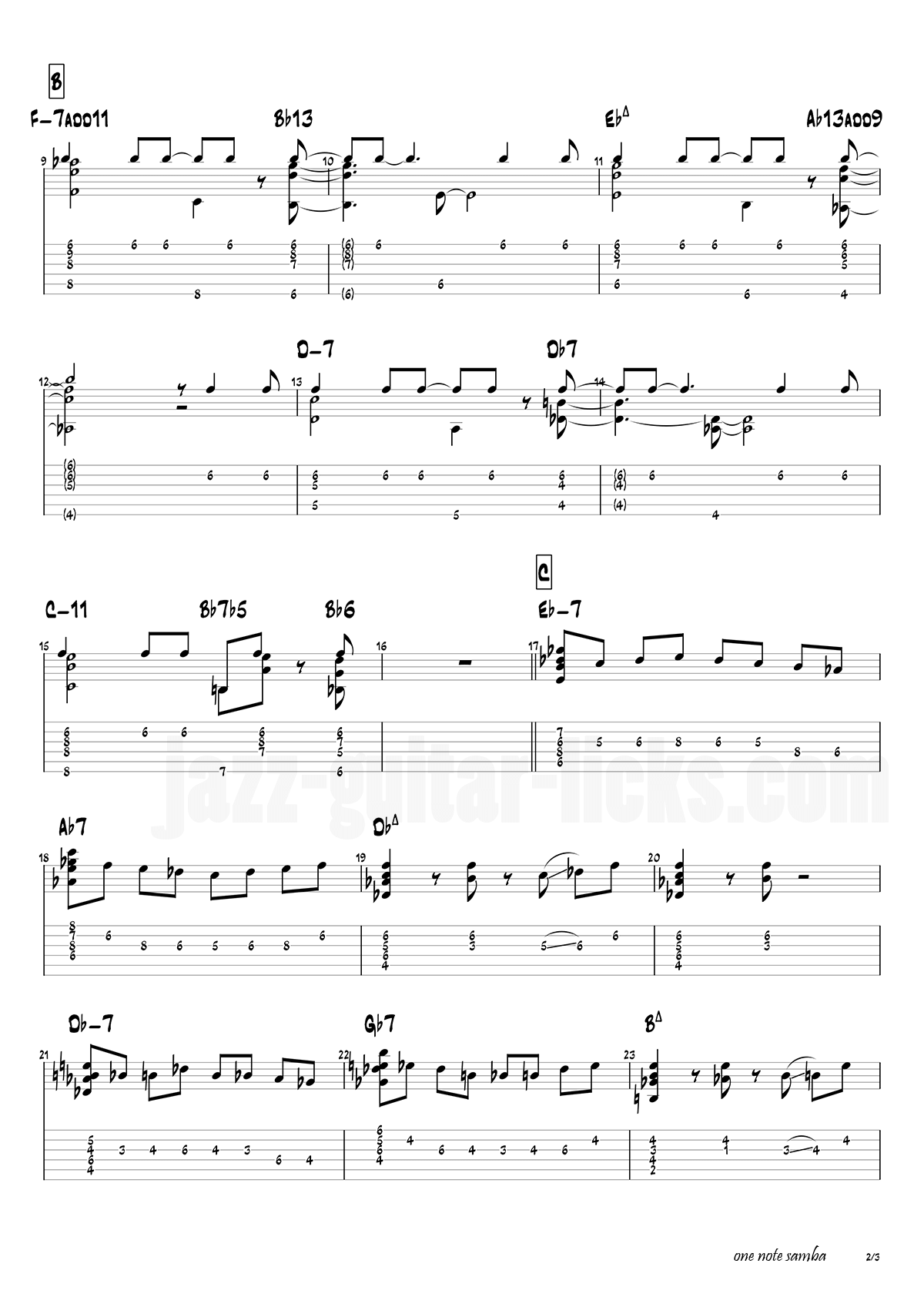 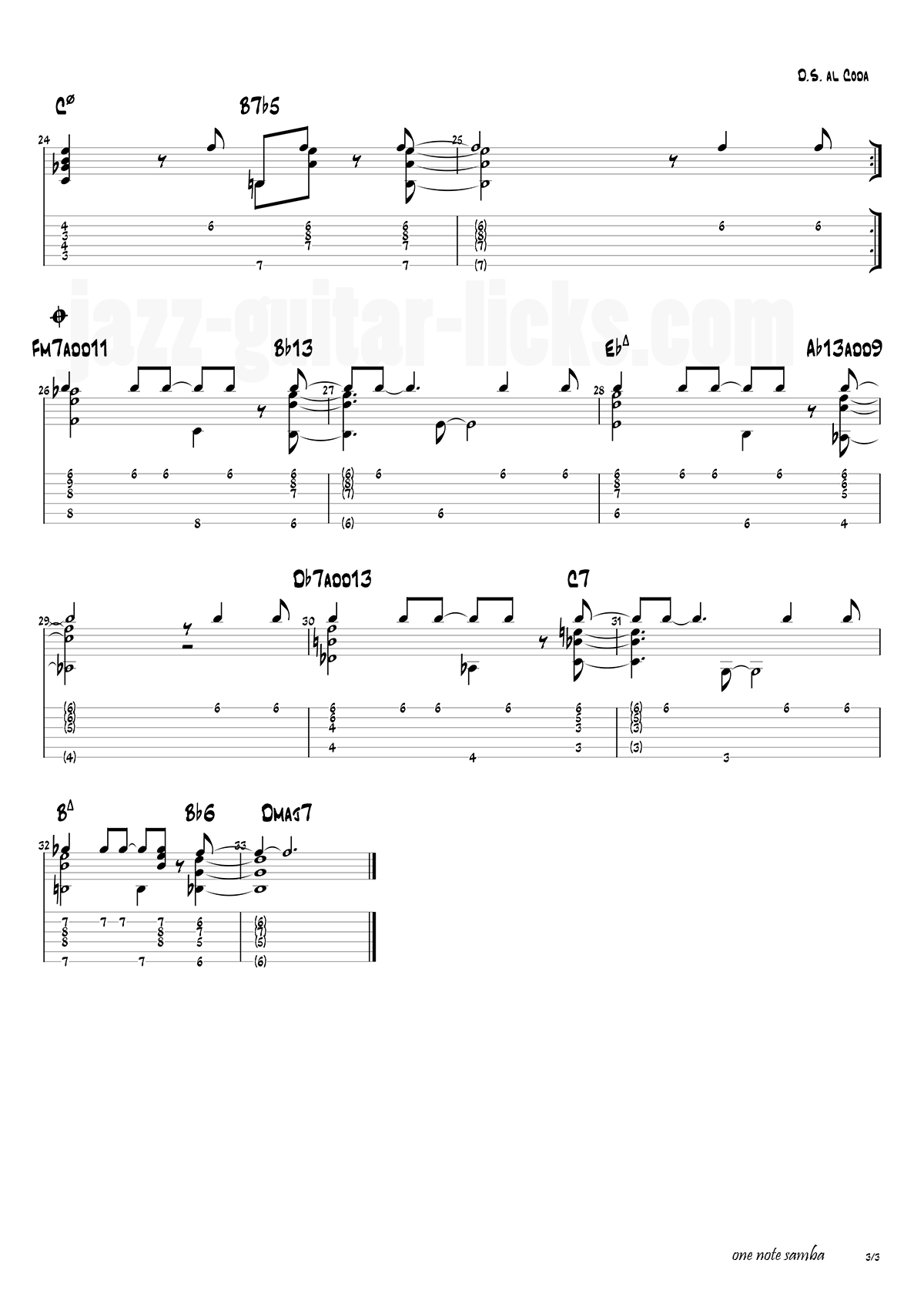